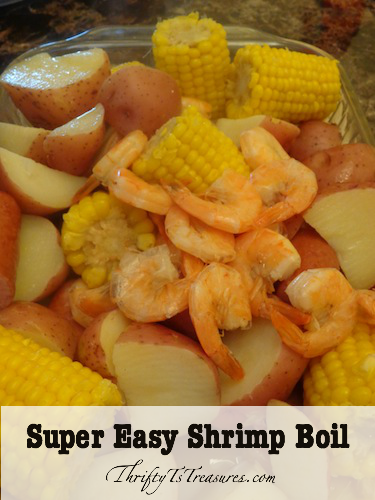 Trent’s been asking for shrimp, so a few weeks ago when they were on sale I bought some. (Even on sale they’re so expensive. But, I guess it’s cheaper to make it at home than it is to get it at a restaurant!)

I couldn’t decide how to cook the shrimp. That is, until I came across this Shrimp Boil recipe on Pinterest. I’ve never tried making a shrimp boil before so I thought I’d give it a shot. (I’ll try anything once.)

When Trent got home from work and found out what I was making, he was super excited. Now the pressure was on and I hoped that it would be as tasty as he anticipated! 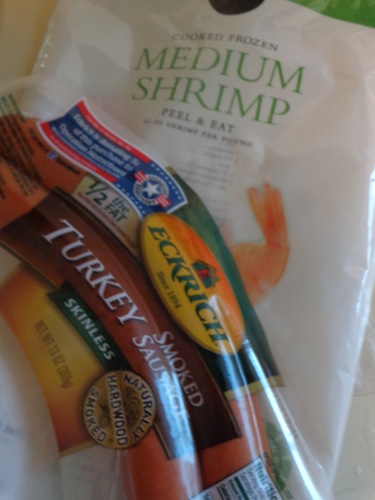 If you’ve been around here for any amount of time, you know that I always try to use what we have on hand. The original recipe called for fresh ingredients. All I had on hand was frozen corn and fully cooked sausage and shrimp. Surely it would work! I knew I’d have to cook things a bit differently since my items were pre-cooked. 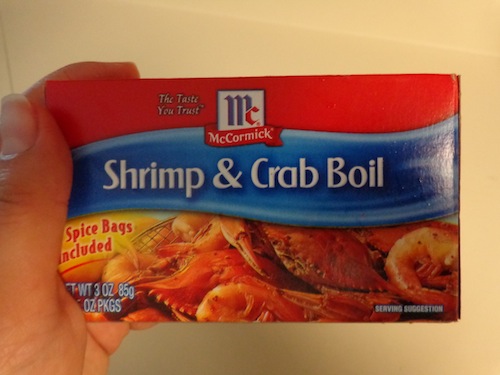 I’ve heard that Old Bay is the best but I couldn’t find their boil bags. The McCormick Shrimp and Crab Boil bags worked great though!

This recipe will serve 4 people. 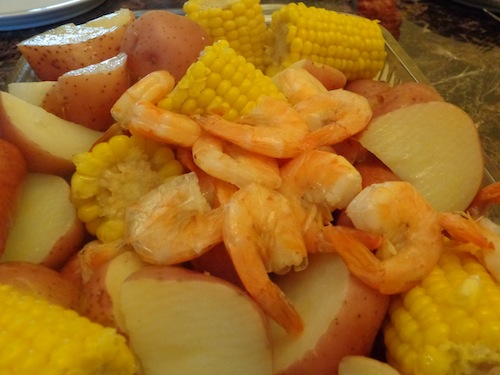 This dish was super easy, and I don’t know why I haven’t tried to make a shrimp boil before. I guess it’s because it sounds like an intimidating dish. But, it’s really not though!

Trent gave me the green light to make this recipe again! Now that’s what I’m talking about!

FacebookTwitterRedditPinterestEmail
Are You Sowing Sparingly or Generously? Eat Up Your Veggies