Life Lessons From A Professional Fisherman 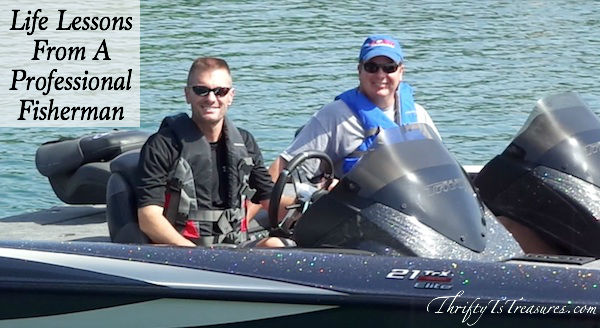 Within 15 minutes of meeting my husband, Trent, you’ll likely learn that he has a love for fishing. He fishes in a few tournaments a year, has a ton of gear, and even subscribes to a few fishing magazines.

A few weeks ago I picked up his Bassmaster Magazine and an article titled A God Thing caught my attention. I’d heard the story of how Randy Howell won the Bassmaster Classic (the biggest honor in bass fishing). But as I read the story, a lesson jumped out at me…one that I definitely needed to be reminded of!

The Road to Winning the Bassmaster Classic

On the third and final day of the Bassmaster Classic, Randy Howell was in 11th place and behind the leader by 9 pounds.

As Randy blasted off to start fishing that final day he headed to the spot where he’d been successful the day before. He drove past Spring Creek and said, “I saw a flash in my mind, like a photo flash. I had the thought that I needed to fish there. It’s where I’m supposed to be.” As he began to argue with himself, he said, “I’ll go there later. My plan is to go where I’m going.”

It was at that moment that he heard a distinct, clear voice in his head, “Go there now.”

Randy broke away from the rest of the boaters and headed to Spring Creek. He caught a bass on his first cast, and went on to put together a limit that weighed 27 1/2 pounds. (Considering you’re only allowed to keep 5 fish, that’s a ton of fish!)

As he questioned, he again heard, “Do you want to be good, or do you want to be great.” He decided to obey, headed to the back of the creek, and within a few minutes he caught a 6 pound fish (that likely won him the tournament). 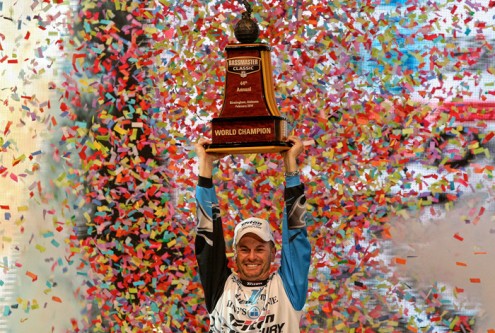 In the end, Randy won the Bassmaster Classic by 1 pound. He’s the first angler to come back from 11th place and win! Wow, what an accomplishment!

Lessons We Can Learn

I don’t know about you but I’d rather be great than good! Randy’s story has reminded me of how often I miss opportunities.

When I hear the Holy Spirit, I need to remember that He has my best interest at heart. He hasn’t called me to do something that He’s not going to equip me for (although it feels like it at the time) and I definitely don’t have to go alone because He’s right there with me.

I love that life’s lessons are all around us, and a professional fisherman can remind me to follow the Lord’s direction!