4 Keys to An Abundant and Effective Prayer Life

One of the ways we grow in our walk with the Lord is by having an abundant and effective prayer life. Learn how to pray and transform your prayer life with these 4 keys that have made a huge impact in my daily prayer life. 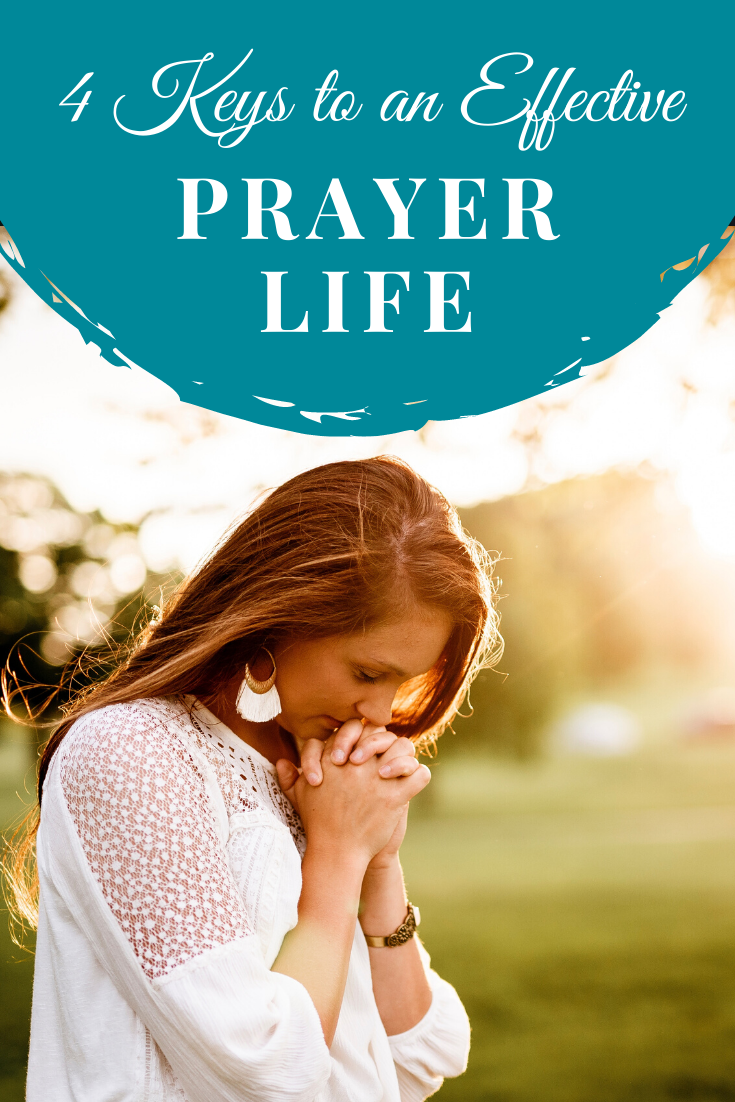 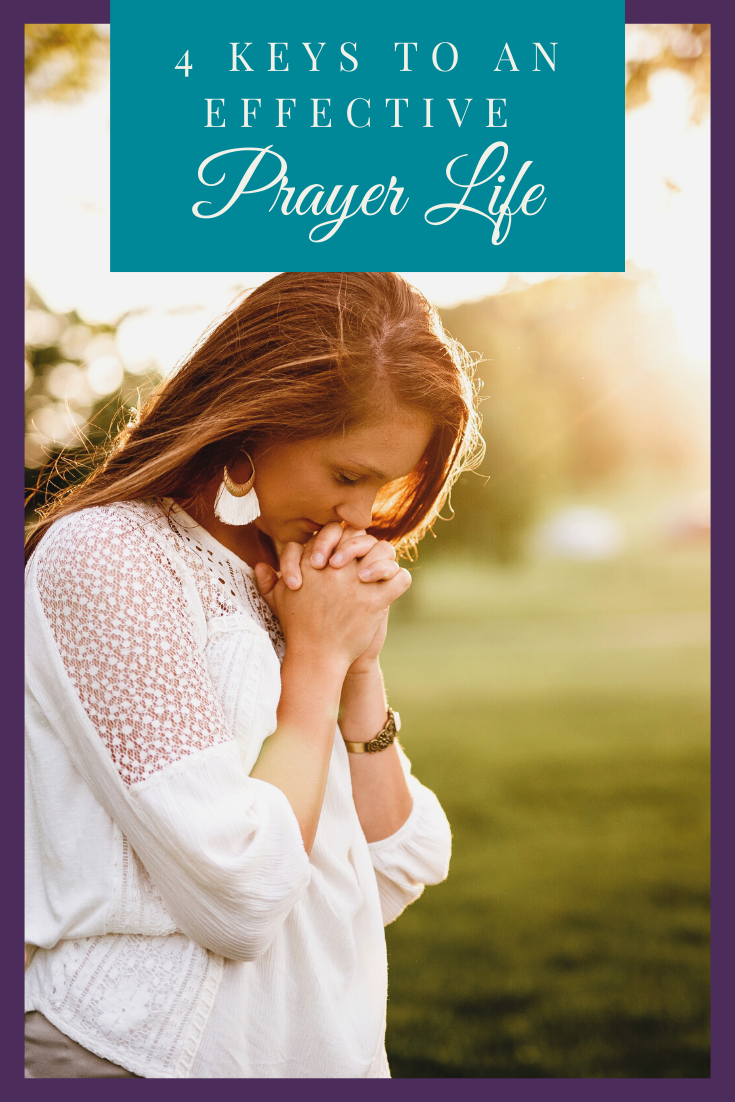 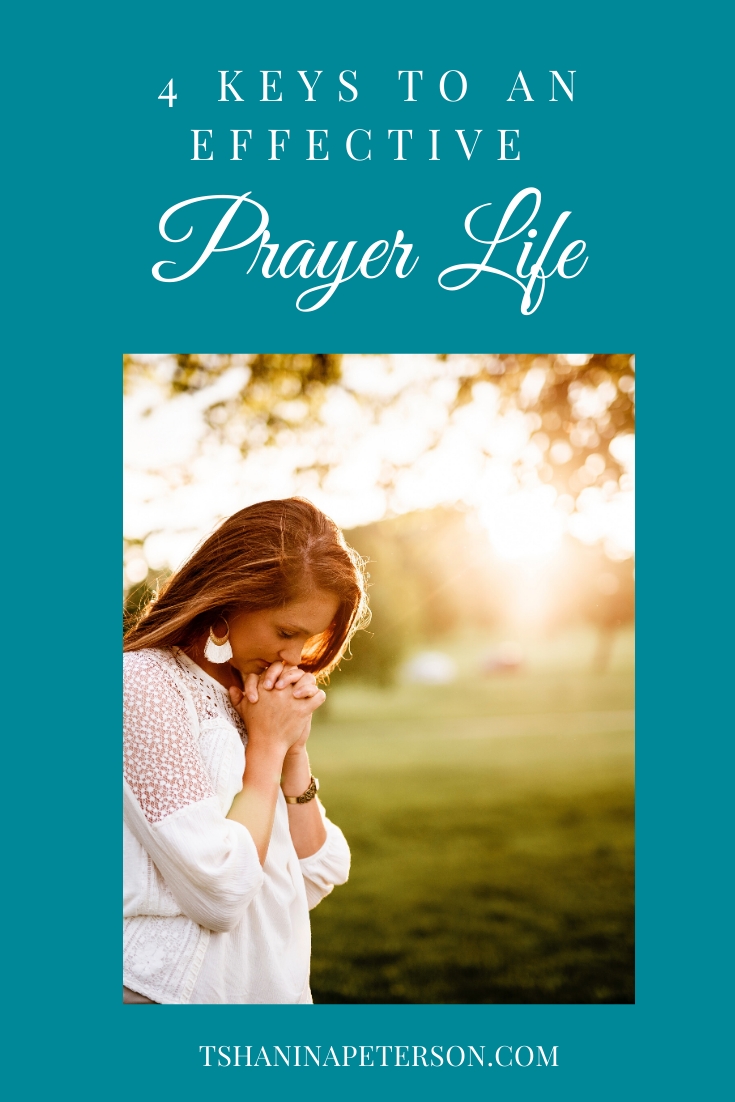 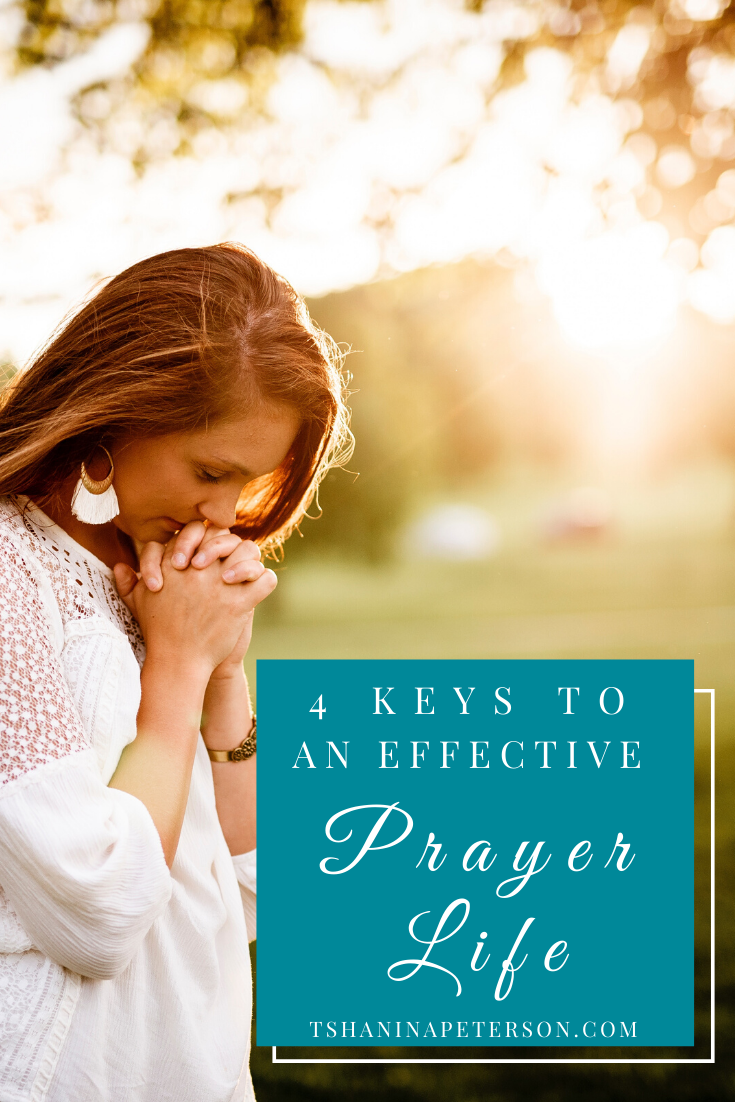 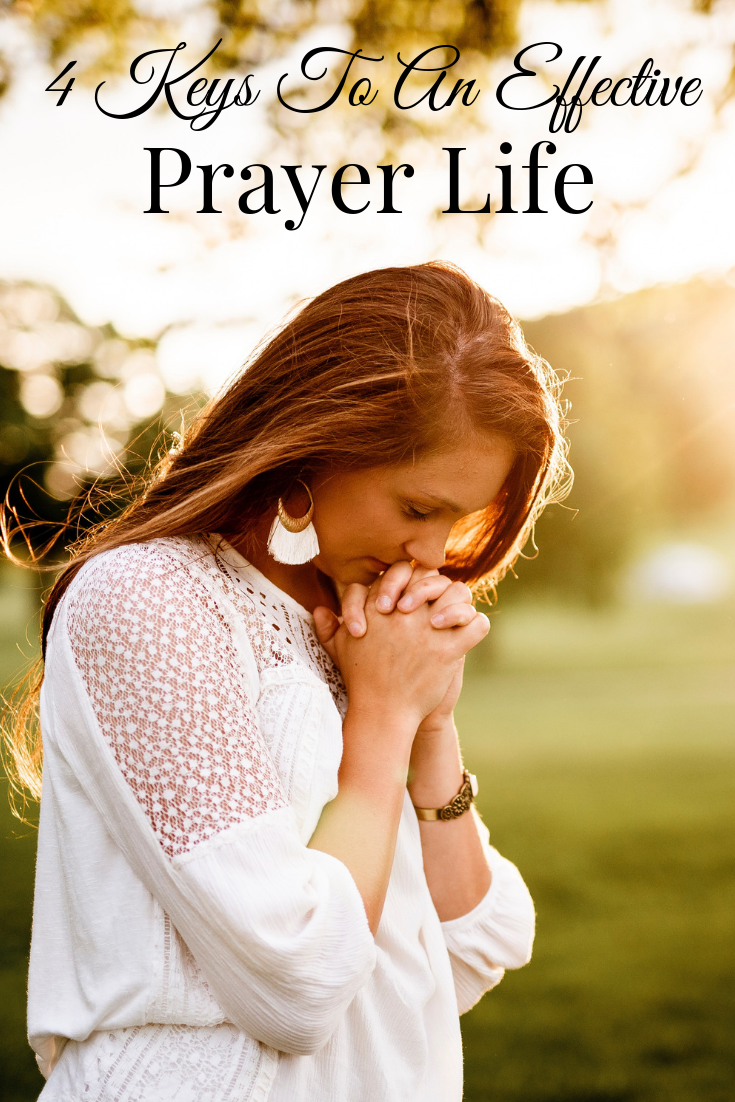 I’ll be the first to admit that I don’t have it all together in the spiritual department. (Really, who does?!) What I do know is that when I learn a valuable tool that helps me grow in my walk with the Lord I absolutely have to share it with you!

I’ve found that one of the keys to living an abundant life is to have an effective prayer life. Not only has learning how to pray helped me grow in my walk with the Lord but it’s also helped me combat fear and worry in my life!

Prayer doesn’t have to be hard!

Prayer has been something I overthink and made way too hard, but I’m learning that it doesn’t have to be hard. I am going to share the four keys to an abundant prayer life that I learned from a precious friend in Bible study. When I put these keys into practice, my daily prayer life was transformed and praying became much easier. Instead of always asking the Lord for things, I began having intimate conversations with Him and I want the same for you!

4 Keys to an Abundant Prayer Life

As you begin your quiet time with the Lord I want you to think of the word ACTS. The 4 keys to an abundant prayer life are the letters of ACTS broken down into four different prayer areas.
Allow the keys to guide you through the daily prompts as you talk with the Lord and journal your prayers to Him.

The word adoration simply means to pay honor or worship.

I’ll be honest, I’d never thought about paying honor or worshipping the Lord during my prayer time. So when my friend shared this first letter of the word ACTS it was like a light bulb went off in my head – sort of an ah-ha moment – because it made total sense.

My default during prayer time was to automatically come to the Lord and start praying for things that I want, need and then throw in a few prayers for other people. When I began my prayer time with adoration instead of asking the Lord for what I want or need helps me focus on Him instead of myself. This small change in my prayer time will draw me closer to Him.

Adoration is simply taking a few minutes during your prayer time to praise the Lord for who He is to you. A few examples are my comforter, compassionate and gracious, my defender and defense.

When you start your prayer time say, “Lord, I praise you because you’re my defender and my comforter.”

You can definitely go into more detail when you pray but if you’re like me when you first start your prayer time with adoration it might be a bit awkward so just start simple. (The Lord knows your heart and desire to have a more abundant prayer life.) 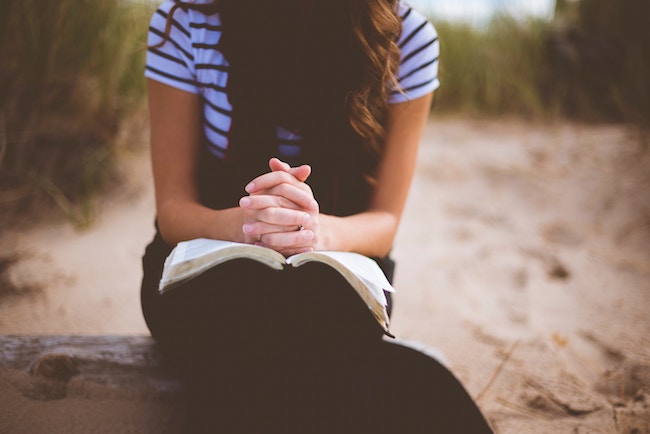 This morning I was reading a verse in Isaiah that said, “I will help you.”

Helper would be a word I could add to my list.

A few verses later it said, “I will not forsake you…I have redeemed you…I will be with you…I am making a way.”

Other words to add would be reliable, constant, redeemer, way maker.

Your list might start small at the beginning but as you continue to dig into the word you’ll learn more and more attributes of the Lord.

Begin your prayer time with adoration and your prayer life will change. How do I know? Because mine has!

The next key is to come to the Lord and confess your sins. Some days your unconfessed sins will be right there glaring at you, but other days you may need to sit quietly and ask the Lord to reveal anything to you that doesn’t come to mind.

Once you’ve sincerely confessed those sins, release them to Him. I love that He forgives us as soon as we ask. I John 1:9 says, “If we confess our sins, he is faithful and just and will forgive us our sins and purify us from all unrighteousness.”

Not only does He forgive us when we’ve confessed our sins, but He will also “purify us from all unrighteousness.” That big word means evil, unjust or wicked. It’s as if He picks up the eraser and cleans up the evil and wickedness on the chalkboard of our life.

Stretch out your arms. Now imagine how far it is from one fingertip to the other fingertip. The length of your outstreched arms is just a drop in the bucket of how far you are separated from your sins.

Confess and release your sins to Him never having to talk to Him about them again!

I also love what Psalm 103:12 says, “As far as the east is from the west, so far has he removed our transgressions from us.” 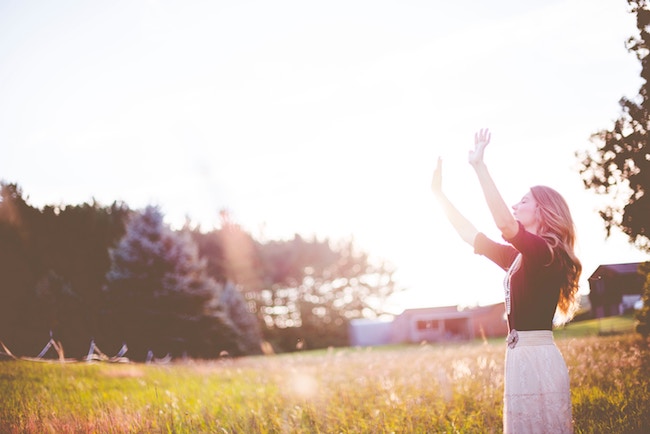 Take a few minutes to thank the Lord for what you have and what He’s done for you.

You may feel like you don’t have anything to be thankful for, or perhaps you’re going through a tough season and it’s just really hard to thank Him for anything.

Thank Him for your warm bed.

Thank Him for the birds chirping outside your window or the squirrel you saw scampering around in your yard.

Thank Him for the gas in your car that gets you to work.

Thank Him for the warm sunshine.

We take so much for granted (or maybe I’m the only one who does) and there are so many things we have to be thankful for. If it’s gigantic thank Him for it…and if it’s tiny thank Him for that too.

Supplication is the key that comes easy to me because I want to tell the Lord what I need or want. I even go so far as to tell Him what He should be doing – when it’s likely not even what I need.

Take a few minutes during your prayer time to talk to the Lord about the wants and needs that are on your heart.

Although it sounds like it, just because you pray and ask the Lord for something doesn’t mean you’re going to get that very thing. What it does mean is that if the things you ask are in His will then He’ll open the door and give them to you.
Be bold in asking Him what you want, but also add in the caveat for it to be His best will for your life! 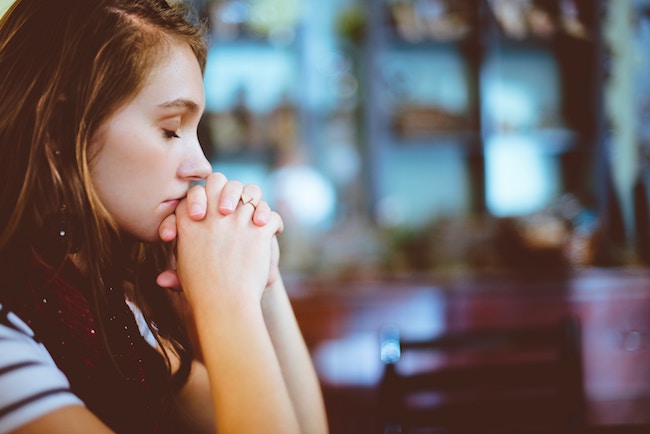 Last but definitely not least take a few minutes to lift up the requests or needs of your friends and family.

Now I don’t know about you but there have been times when someone has asked me to pray for them. I quickly agree but am just as quick to forget.

I came up with a system and now when someone asks me to pray for them I’ll add their request to a prayer list I’ve created on the notes on my phone so that I don’t forget.

Keeping this list helps me be more intentional when interceding for others. I find it helps when I group them together (family, friends, sickness, etc.). Figure out what works best to help you remember when someone asks you to pray for them.

Having an abundant and effective prayer life doesn’t have to be hard, we just have to be intentional about it. The next time you sit down to talk to the Lord remember ACTS. Then start praying!

And if you have any tips or tricks that have helped you have an abundant and effective prayer life I’d love to know what they are so that I can learn and grow too! 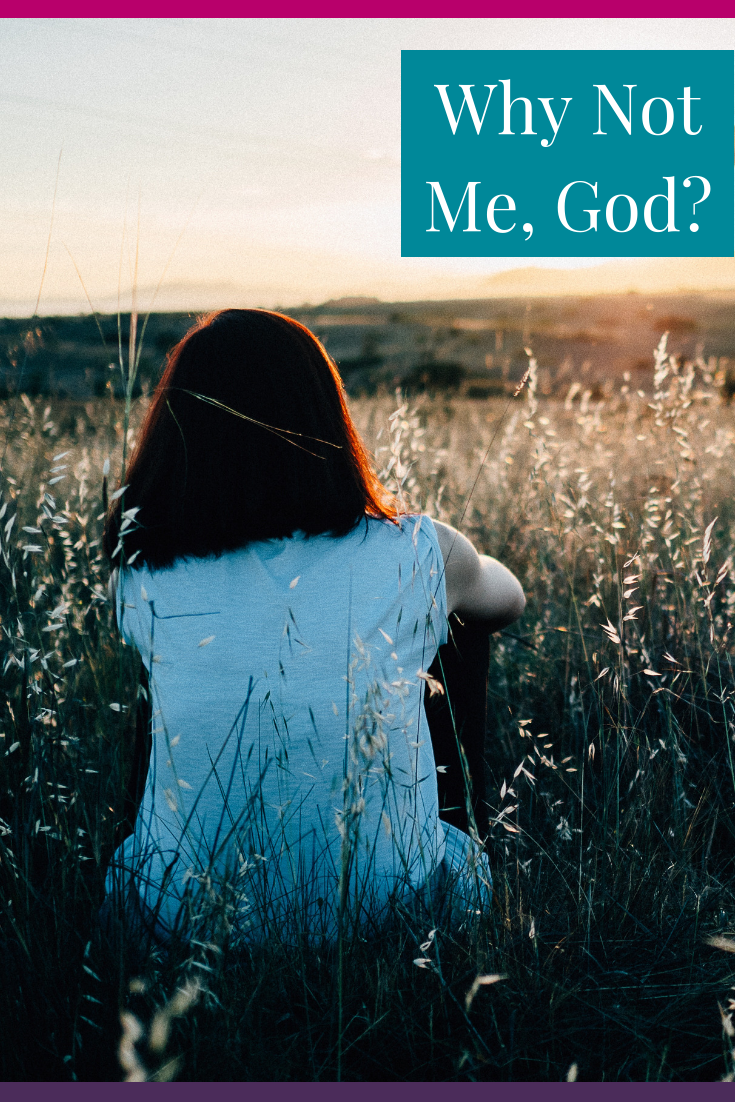 When You Want To Ask God “Why Not Me” 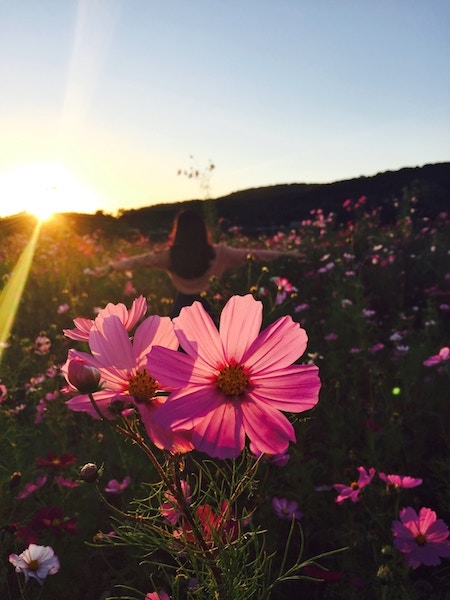 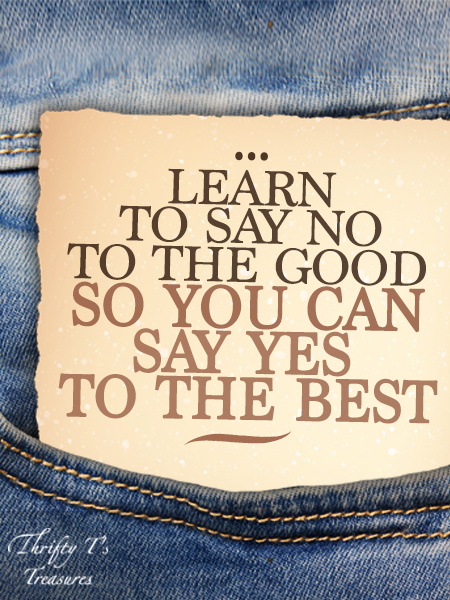