Have you been on the fence of deciding whether or not to try a menstrual cup? I’m sharing my totally honest Lena Cup review and answering a ton of your frequently asked questions. I’m confident that if you keep reading you’ll be able to decide whether or not it’s right for you. 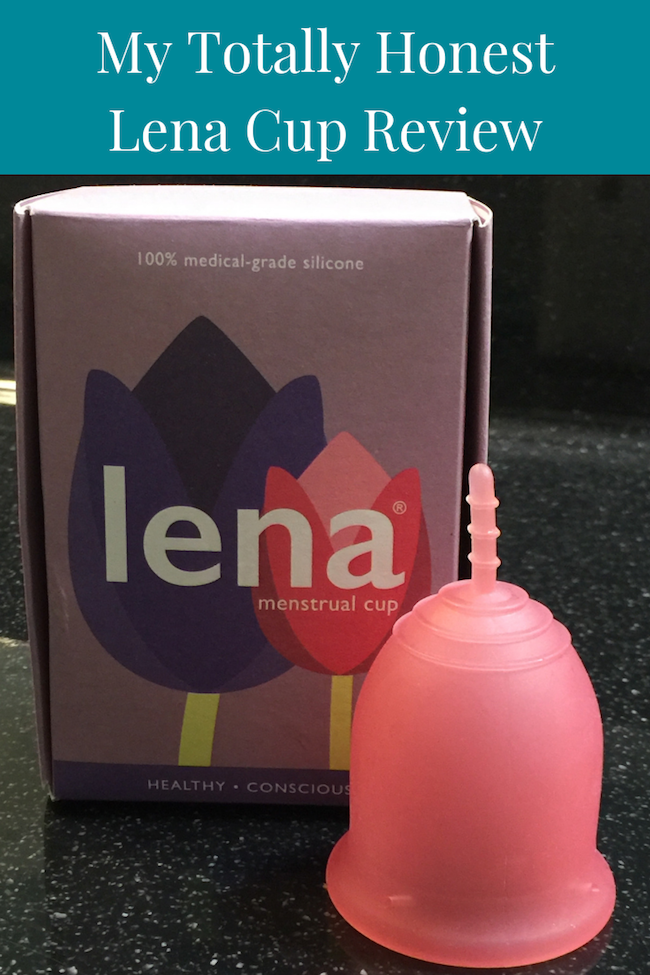 What is a Lena Cup?

If you have no clue what a *Lena Cup is (a.k.a menstrual cup), I like WebMD’s description best. It’s “a small, flexible cup made of silicone or latex rubber. Instead of absorbing your flow, like a tampon or pad, it catches and collects it.

Just before your period begins, tightly fold the menstrual cup and insert it like a tampon without an applicator. Used correctly, you shouldn’t feel it.

Your cup will spring open (you may need to rotate it first) and rest against the walls of your vagina. It forms a seal to prevent leaks. The blood then simply drips into the cup.

To remove it, you pull the stem sticking out the bottom and pinch the base to release the seal. Then you just empty, wash with soap and water, and replace. At the end of your cycle, you can sterilize your cup in boiling water.”

*The Lena Cup is “made of 100% premium medical-grade silicone and dyes – the same silicone that the medical industry uses for human implantation and not the kind used in breast implants. All silicone and dyes used in the making of Lena are made and tested in the USA.” (source)

I’ll just go ahead and admit that within the first two days of using my Lena Cup for the very first time I wasn’t sure why I’d spent my money on the cup. It was difficult and I kept wondering what I was doing wrong. (I think my problem was overthinking it. Anybody else have this same problem?)

BUT, I decided to stick it out and try it for longer than two days. After all, when I first started learning how to ride a bike I didn’t know what I was doing. I had to learn and get used to it. And I had to do the same with my Lena Cup!

It took me a little bit to get used to it (I’d say using it for two different cycles) and wrap my brain around what I was doing but then it finally clicked. I love the Lena Cup and have decided that this product is a game changer.

I’ve been using it for 4 months now and have waved goodbye to tampons and big bulky pads. And boy does that feel good?!

Hands down the Lena Cup is the best thing ever for your period and I often wonder why I didn’t try it sooner.

I sleep better using the Lena Cup during my period.

I had heard people talk about how much better they slept during their period when using a menstrual cup because they didn’t have to worry about whether or not they were going to leak onto their sheets. This was totally the case for me too and I slept so much better with the piece of mind that I wasn’t going to leak.

I polled my Instagram followers and these were the most asked questions about the Lena Cup. If you have additional questions feel free to leave a comment and I’ll do my best to answer it for you.

What’s the best way to insert/remove the Lena Cup?

In addition to this video the Lena Cup comes with awesome instructions that are very detailed and tell you how to insert and remove it. So, keep both handy to refer back to.

For me personally, the C fold and 7 fold worked best. But that might not be the case for you. Keep in mind that everyone’s body is different so try all three methods to see which one works best for you.

Some reviewers said that it’s easiest to insert/remove while sitting on the toilet but I prefer to stand/half squat. You can also put your leg up on the toilet. Again, try different methods and figure out what works for you.

As you continue to practice I promise it will get easier.

I even recommend when you first get your cup that you practice putting it in before your period starts just so you can get a feel for what you’re doing.

Especially at the beginning when it’s time to remove the cup it may feel like it’s “lost.” But don’t panic friend. Take a deep breath and remember that it’s still there. I found that it’s easiest to remove when I press down like I’m pooping. It comes down and I grab the tail end of it and remove it.

When you’re removing your cup I recommend to pull it very slowly until it’s fully out. If you pull too quickly you could definitely make a mess.

I recommend that you continue to wear a pantyliner especially when you’re first getting used to it. You may think it’s in correctly only to have it move out of place. This will keep you from having embarrassing leaks.

Can you feel it?

No, you should not be able to feel it. If you can feel it then it’s in wrong so take it out and try again. (And don’t feel bad if you have to take it in and out multiple times. I think it happens to all new users.)

Now, I will say that my mind played tricks on me and knowing that I had it in made me think I could feel it when I clearly couldn’t.

Is it hard to insert/remove the cup?

It can be difficult getting the hang of inserting and removing the cup but once you get the hang of it it’s smooth sailing. With practice it will get easier. I recommend that you try using it consistently for 3 cycles.

How often do you need to empty the menstrual cup?

The Lena folks recommend that you empty your cup at least every 12 hours.

Honestly I was amazed at how “little” was in my cup the first few times I removed it. Even on my heaviest days I’m often able to wear it for 10 hours.

When you pee does it feel weird?

No it feels perfectly normal when you pee with your cup in. You can also poop while your cup is in too.

Can you insert it wrong?

Yes. If you can feel the cup then it is inserted wrong. Don’t feel bad if you have to take it out and try again.

I had read a few reviews before I tried the Lena Cup. Some of the reviewers didn’t like menstrual cups because they thought it was so messy when they removed the cup.

I did not think it was messy at all!

I think the key to keep the mess to a minimum is to slowly remove the cup until it is all the way out. If you try to yank it out, especially close to the end, you’ll definitely make a mess. So take your time removing it and you’ll be fine.

What if I have a very heavy period? Will the cup overflow?

I consider myself to have a heavy period and I wondered the same thing before I tried it.

You can actually empty the cup as often as you want/need to. When you first start using your cup I recommend that you take it out every 4-6 hours. This will help you gauge how often you need to empty your cup.

Could it work for someone who has just gotten her period?

Yes! As long as she’s comfortable with the process of inserting and removing the cup she should be fine.

Should I try the Lena Cup?

The short answer is YES!

A key indicator of whether or not to try it is if you’ve been thinking about it for a few months. If that’s the case then go for it sister.

Now, you might think that if you don’t like it it’ll be wasted money. But can I be blunt with you?! How much does that fancy cup of coffee you have a few times a week cost you? That coffee isn’t something that will last but this will. Plus the Lena Cup will save you money on tampons and pads.

It’s time to jump off the fence and get yours ordered. I think you’re going to love it and you might just be like me and ask yourself why you didn’t try it sooner. 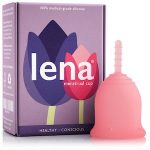 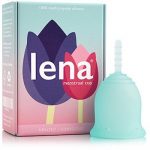 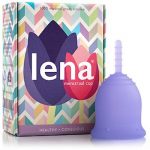 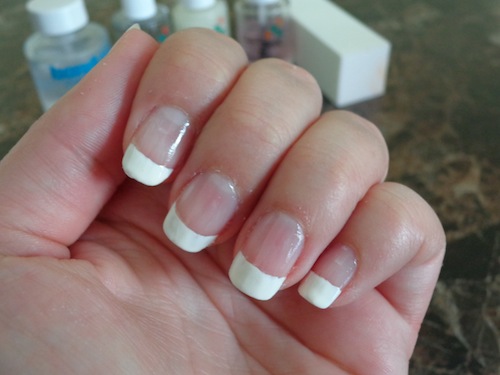 Salon Secrets: How To Keep Your Nail Polish from Chipping 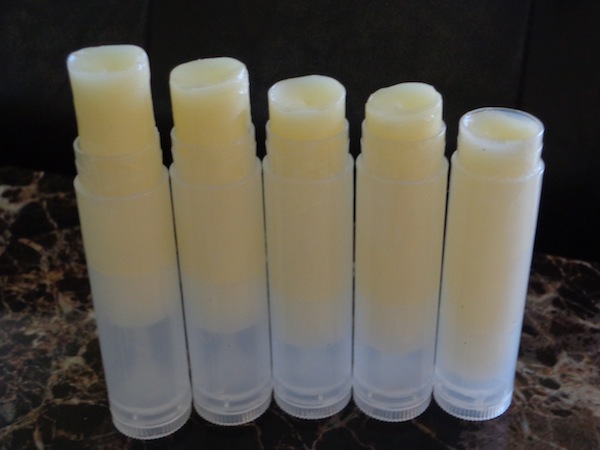 FacebookTwitterRedditPinterestEmail
A Day in the Life of a Mom and Her PreschoolerA Friendiversary, Declutter Challenge and more