How We Save On Our Cell Phone Bill

This is a sponsored post written by me on behalf of Straight Talk Wireless. All opinions are 100% mine. 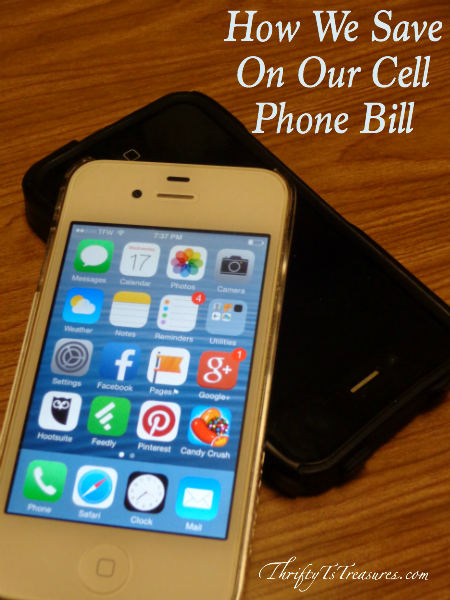 Trent and I were fed up with the rising cost of our cell phone bills. We had the cheapest phones with limited text and data plans and were paying $90 a month! We knew there had to be something that could help us save on our cell phone bill.

In mid-2013, when our contract expired, we decided to do something about it and try a new service we’d heard about – Straight Talk Wireless.

Needless to say, we switched and haven’t thought about moving back!

What’s so great about Straight Talk?

Straight Talk offers unlimited talk, text and data for only $45 a month with the same phones and networks as “the other guys.” Plus, there’s no contract to sign – simply pay as you go (it’s perfect first-time phone owners (teenagers) who are still testing out the waters of responsbility).

You won’t find another $45 unlimited plan with the most high speed data anywhere!

In fact, I did a little comparison of my own. “The other guys” do offer unlimited pre-paid plans (with no contracts) but there’s no comparison.

Company 1 gives you 500 MB of data for $45 a month while Company 2 offers 3GB for $65 a month. Now, why would you choose “the other guys” when you can get unlimited data with Straight Talk?

How is Straight Talk’s coverage?

Straight Talk has nationwide coverage on America’s largest and most dependable networks.

To be totally honest, Trent and I haven’t had any issues with their coverage!

What type of phones does Straight Talk offer?

Straight Talk’s plans don’t include a phone, but they offer two options.

(1) Purchase one of their phones (choose from iPhones, Androids, and more).

(2) Use their Bring Your Own Phone Program.

When we switched to Straight Talk we knew we wanted new phones, since we were using the cheap-o phones from “the other guys.” Being the thrifty shoppers that we are, we found iPhones at a steal of a deal and used their Bring Your Own Phone Program.

It was so convenient because we were able to keep our old phone numbers. I mean, who wants to go through the hassle of contacting everyone with new numbers? 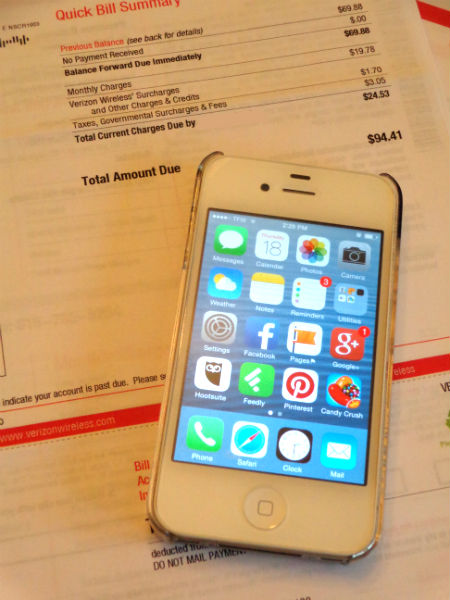 Why we personally recommend Straight Talk!

Did I already say unlimited talk, text and data for only $45? Well, let me say it again!

I told Trent I was writing this post and asked why he recommends Straight Talk. His exact words were, “Cause it’s cheap!” He also said it provides the same service as “the other guys” with less headaches and for a lot less money.

On top of the fabulous price, a major selling point is that we’re not chained to a contract!

I personally like the auto renew option. It comes directly out of our account and I don’t have to worry about manually refilling our plans each month. Easy peasy!

Tip: If you purchase the unlimited 3-month, 6-month or even 1 year plan you can save even more! Hey, every penny counts!

Like most, we were skeptical at first and thought Straight Talk was too good to be true. But once we started using their service, we were sold and have been happy ever since.

Where can I learn more about Straight Talk?

Straight Talk Wireless is available in-store and online at Walmart!

FacebookTwitterRedditPinterestEmail
Tales Of An Inexperienced MomA Peek Into Our Week | Christmas