Help for Breastfeeding Moms: How To Cure A Yeast Infection 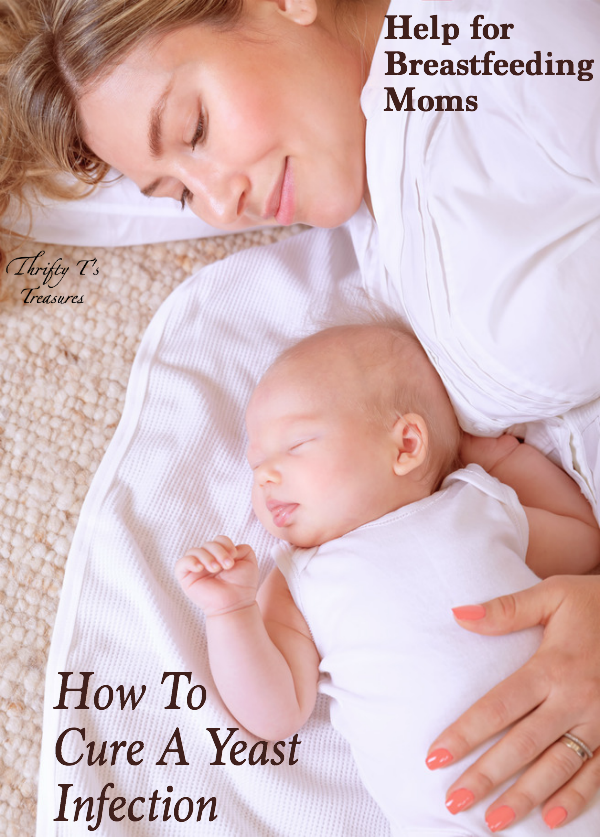 If you’re a breastfeeding mom and have been searching the internet trying to find a way to cure a yeast infection, let me just say that I’m sorry you’re in pain. I’ve endured the excruciating pain and know what if feels like.

Before you give up on breastfeeding altogether, I hope you will try this natural remedy that worked for me and cured my yeast infection!

When my son was born, he acquired yeast through antibiotic therapy and transferred it to me while breastfeeding. He was put on anti-yeast medication, and I decided to try a homemade topical ointment. When the topical ointment didn’t work I tried a prescription, but that didn’t work either. Unfortunately the yeast set up deep in my milk ducts and it was nearly impossible to get rid of! (Thankfully my son’s yeast cleared up quickly and we didn’t end up passing it back and forth.)

It felt like knives were jabbing me every time I nursed. The deep pain would vary from sharp shooting or throbbing to itching…often all at once! It was a constant pain that wouldn’t go away. 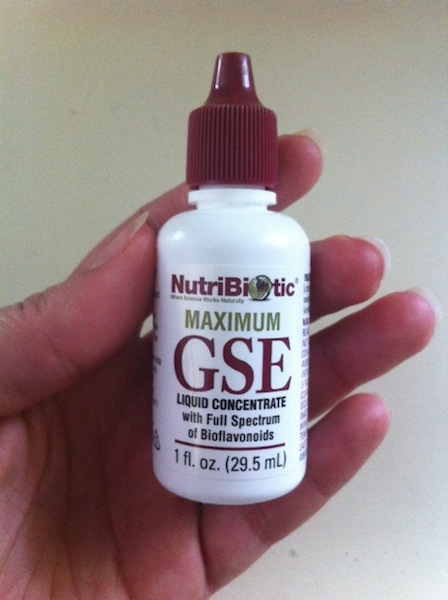 Disclaimer: I am not a medical professional. Please consult your physician for more information!

After dealing with the pain and agony for a month I reached out to a friend who is a Lactation Consultant. She recommended that I try Grapefruit Seed Extract. (I had tried everything and was extremely frustrated because nothing worked. In my desperation, I decided to try this too!)

A week later at my six-week post-delivery checkup, my OBGYN also recommended that I try the Grapefruit Seed Extract and double up on my Probiotics. Could it be that I was on the right track since two different health professionals had recommended the same thing?

I consistently took one drop of the Grapefruit Seed Extract in 1/4 cup of water three times a day. (Just one drop of the extract is extremely potent because of its strength, but it’s worth it!)

I wish I could tell you it was a quick fix and my yeast was gone within the week, but I can’t. Slowly, over time the pain became less and less, which was a lot more than I could say for the other options I had tried!

After a month and a half of consistently using the Grapefruit Seed Extract, my pain was gone. I can’t tell you how good it felt to feed my son pain free!

A few months later I slowly cut back to twice and day, then eventually once a day. I will continue taking the Grapefruit Seed Extract once a day until I’m finished breastfeeding.

There have been a few times when I’ve had a few flare-ups, which the Lactation Consultant told me is normal, but the pain was nothing like it was in the beginning.

The moral of the story is, use Grapefruit Seed Extract to cure a yeast infection!

For more tips and tricks, check out Newborn Tips and Tricks for New Parents.