A Peek Into November | A New Recipe, Visit from the Cousins, and more 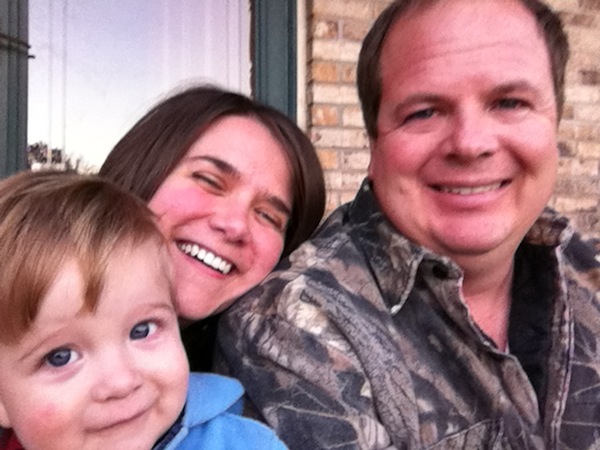 Last week was such a whirlwind (more on that in a bit) that when I sat down to write this post I totally blanked on the happenings in November. Sad, I know! It wasn’t until I pulled out my phone and glanced at the pictures that I had taken that it all came back to me. (Even I’m shaking my head at myself!!!) 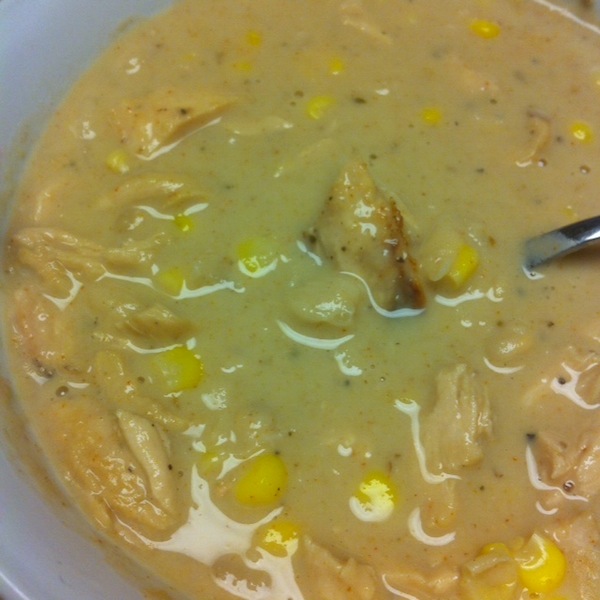 I had the hankering to make some white chicken chili so I headed over to Pinterest in search of a yummy recipe, and I found the perfect one!

My first ever batch was a success. I’ve never been a fan of white beans, but this chili was really tasty! (And I even made the beans myself instead of using canned.) I adapted my chili from Cooking Classy’s White Chicken Chili recipe. 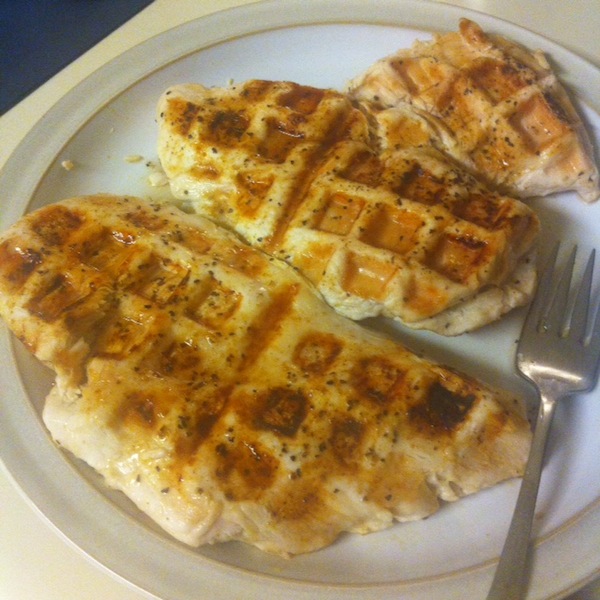 No, your eyes are not deceiving you! Yes, that is chicken that has been cooked in a waffle iron. Why? Well, our grill was out of gas and the waffle iron was out from breakfast so I figured I’d give it a shot.

It was a success and Trent and I agreed that it was a super tasty piece of chicken – evenly cooked and super moist.

I had just had to share cause I figured it’d give someone a good laugh!

A Visit from the Cousins 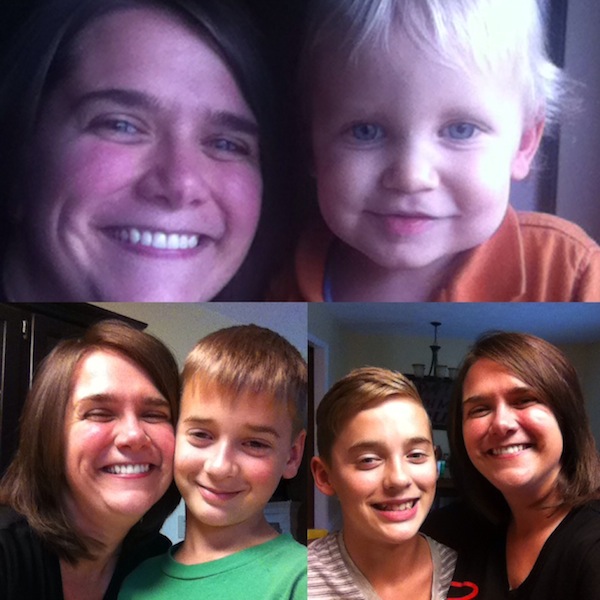 I got to hang out with my precious nephews for the day. They live in Georgia so I take any opportunity I can to see them. My how they’ve grown since a few months ago! 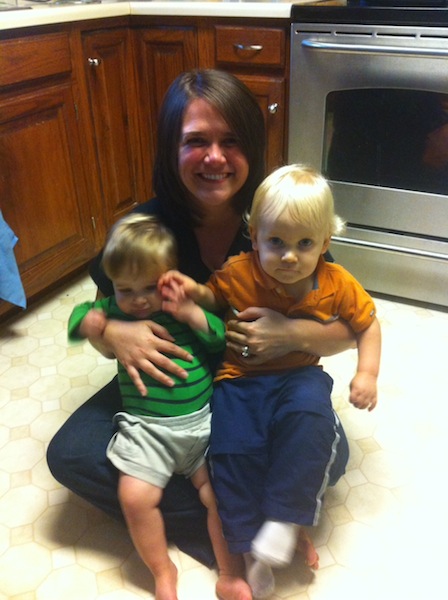 This is what happens when you try to take a picture with two wiggly little boys. Out of the five or so pictures that my mom snapped, this one was the best. Oy! 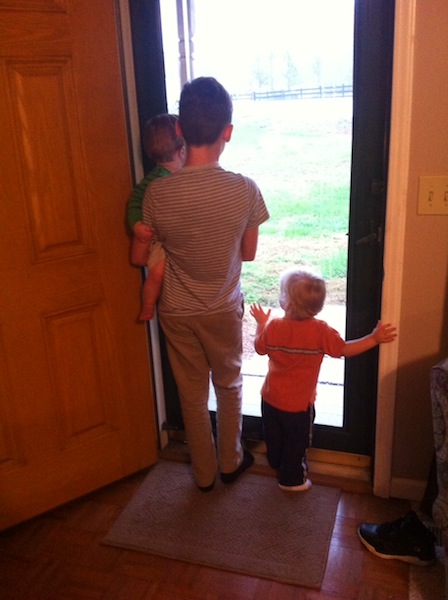 It was a rainy day so we weren’t able to go outside. I whipped out The Apple Dumpling Game and we had a few laughs with that one. You just can’t go wrong with Tim Conway and Don Knotts! 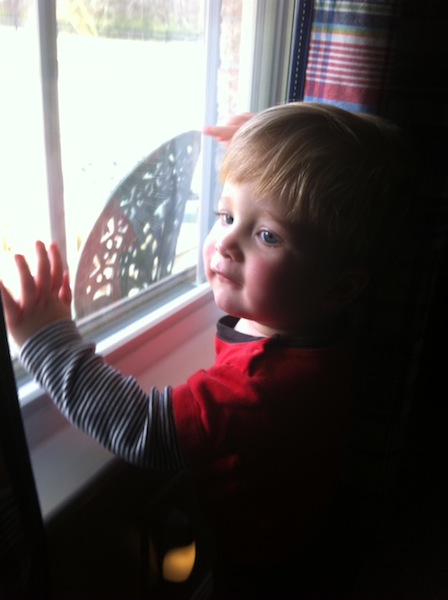 This little guy got his first cold, and that’s why it was a whirlwind of a week last week. He didn’t want to sleep in his bed but wanted to be held all night, which made for a very tired mom and dad. Trent was so sweet to help out and “sleep” with him too.

Thankfully he’s feeling much better and sleeping in his own bed now! 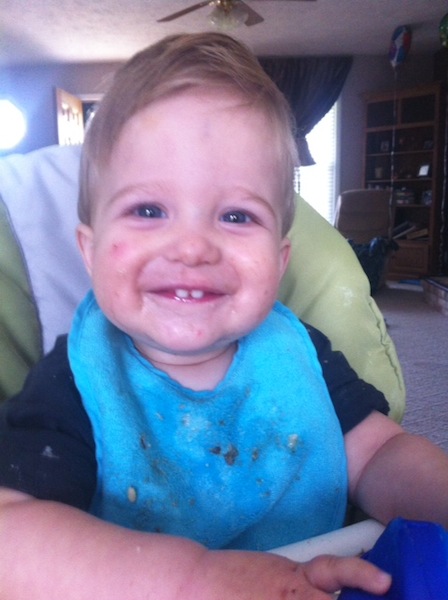 What a little nut. If you can’t tell, he enjoys feeding himself. The majority of it makes its way into his mouth while the rest lands on the floor. I’m still working on him with throwing food on the floor. Moms, do you ever feel like you say no about 10,000 times a day? I sure do! 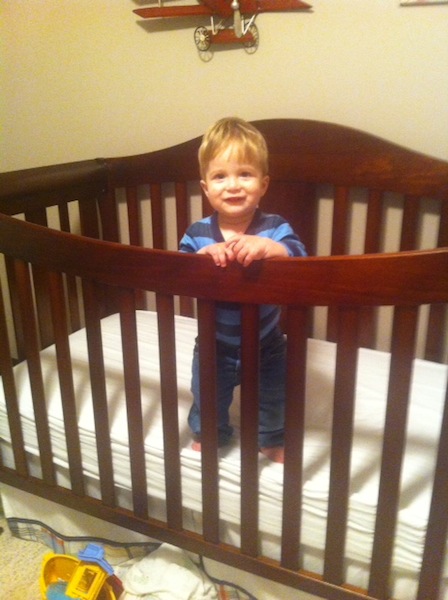 This scene happens quite often when I get Dalton out of his bed. He’s just standing there smiling! 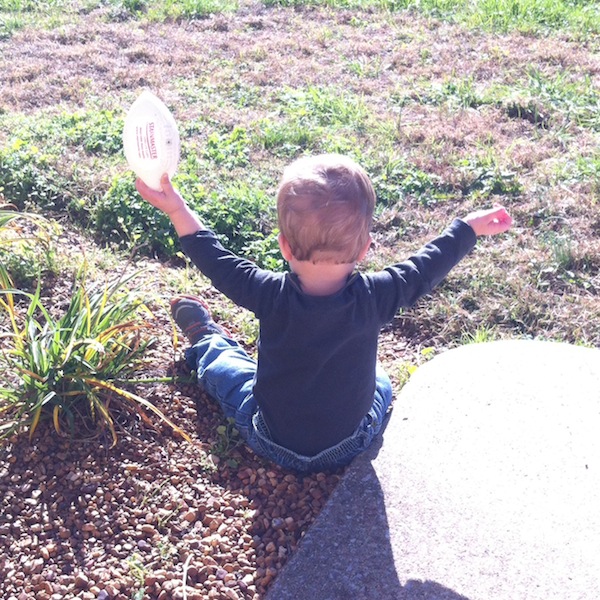 I think we might have a future football player on our hands. What do you think?

Well, that’s a peek into our month.

What have YOU been up to?