A Day on the Lake

Yesterday as I lay warm and snug under the covers I was awakened to the sound of Trent saying, “It’s time to get up.” The day before he had invited me to go fishing with him. 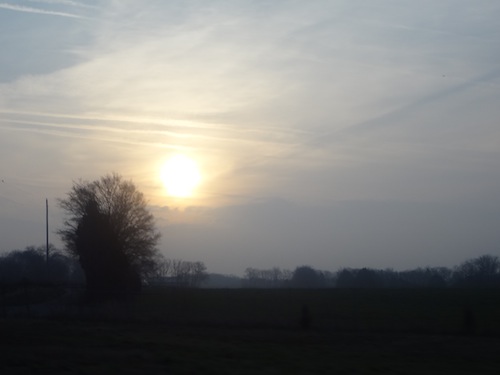 We ventured out on our journey. And, even though it sounds like we left at the crack of dawn, it was really only around 7:30…that’s early for a Sunday morning, especially since we go to the evening service at church! 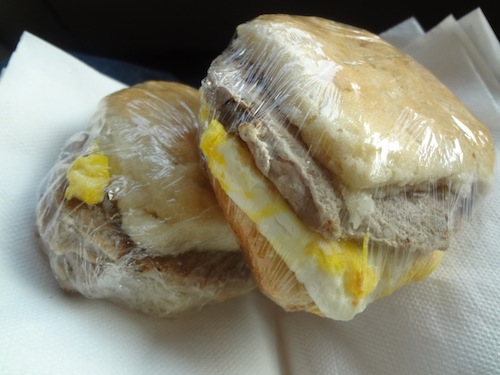 One of the fun things about being married to a fisherman is that he knows where all the good haunts are to grab down home cooking. He had it all planned out and we grabbed a biscuit – and not just any old sausage biscuit, a tenderloin and egg biscuit! 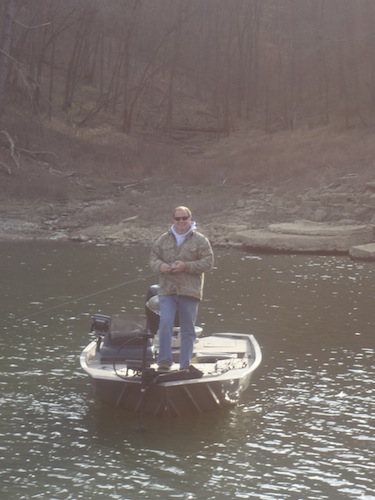 He was eager to get out on the water and try to catch one. After backing him into the water and parking the truck, this is what I found! (Yes, you heard me right! I know how to back up a truck with a trailer attached. When Trent first taught me how…let’s just say that Trent has the patience of Job. It’s a lot harder than it looks.)

While on this fishing trip I noticed two very interesting things that I’d never seen before. The first is the sign on the bank. In the almost seven years that Trent and I have been married, and the countless fishing excursions we’ve been on, I’ve never seen a sign on a lake pointing to the name of the creek (that’s probably not the technical term, but that’s what I’m calling it). You could tell that the sign had been there for years, not to mention the fact that you had to be right up on to see it, or even read it for that matter. 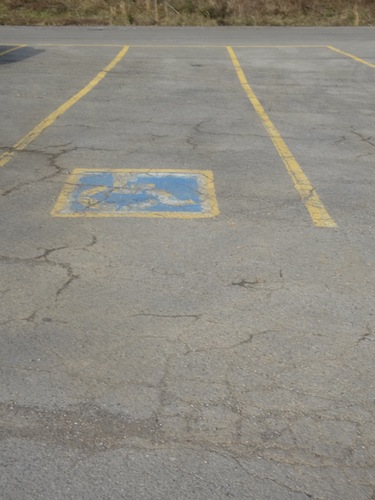 Now, I don’t have anything against handicap people or them going fishing, but I thought it quite odd that they’d have handicap parking for boats. Mind you, they didn’t have regular handicap parking but they had two handicap boat parking spots. (I’m still shaking my head on this one.) 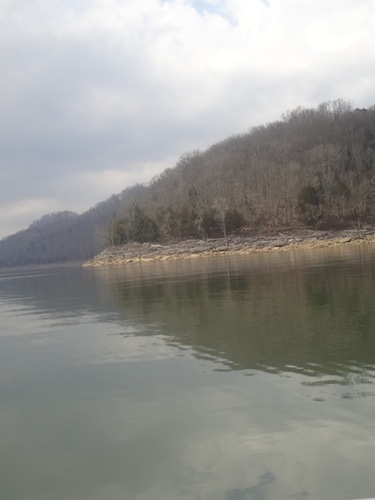 It’s too early in the year for me to share fabulous pictures of the beautiful scenery that we saw. This is as good as it gets folks. (Boring, I know!) The water was murky, the trees were bare, and there wasn’t much wildlife. I did spot a few ducks and a turtle but they weren’t close enough for a pic. 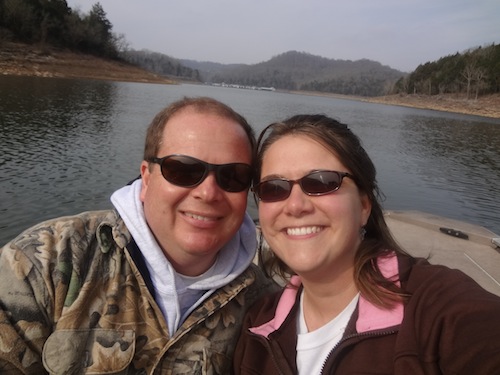 The highlight of my day was definitely hanging out with this guy. (How do you like my windblown hair?) No fish were caught but I so enjoyed our time of talking, laughing and just being together! I’d have been crazy if I said no to spending valuable time with my hubby!

How was your weekend? What did you do?