We had just sat down to eat lunch at our favorite hibachi grill (you know, the kind where you sit around a grill and watch the chef cook your food in front of you)! There were two couples seated beside us that had just finished their meals and were chatting it up.

As they got up to leave I noticed that they had left the signature copy of their receipt within eyeshot of me. (They had been sitting two chairs down from me.) I’m always curious as to how much people leave as a tip so I glanced over to see how generous they’d been – go ahead, call me nosy! I’m fairly confident that my mouth dropped open in shock when I saw that they had only left $2! $2 on a bill that was $35…that’s not even 10%!

I was outraged! Did they not realize how little waiters make or how hard their jobs are?

I realize that the amount of tip that the other patrons left is none of my business, but you better believe that we left a larger than normal tip for the waitress that was busting her tail on that busy Sunday afternoon.

Thrifty people tend to get a bad rap.

When people hear that Trent and I are thrifty they generally think that we’re cheap. I don’t know about you, but I don’t want to be stereotyped as cheap…that word just has a bad ring to it!

But, if you consider shopping at the Goodwill or using coupons when dining out, then yes we are “cheap.”

(Don’t get me wrong, some thrifty people are cheap!) 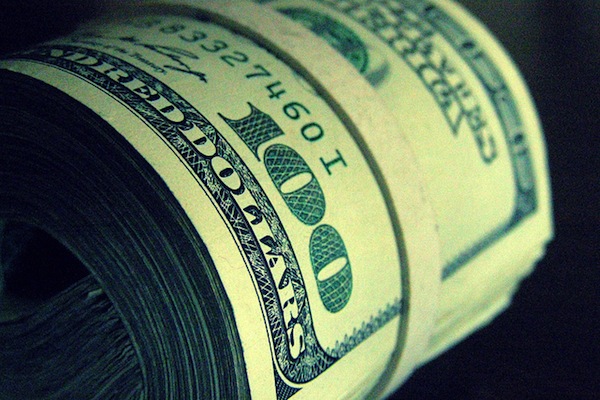 I found this awesome verse on giving generously.

“You shall generously give to him, and your heart shall not be grieved when you give to him, because for this thing the LORD your God will bless you in all your work and in all your undertakings.” – Deuteronomy 15:10

This doesn’t mean that if we become thrifty people and learn to give generously that we’ll automatically become millionaires – I wish it did! But knowing that the Lord is watching what we do with our finances is a good enough reason for me to be a good steward of what He’s entrusted me with.

What do you think? Do thrifty people get a bad rap?