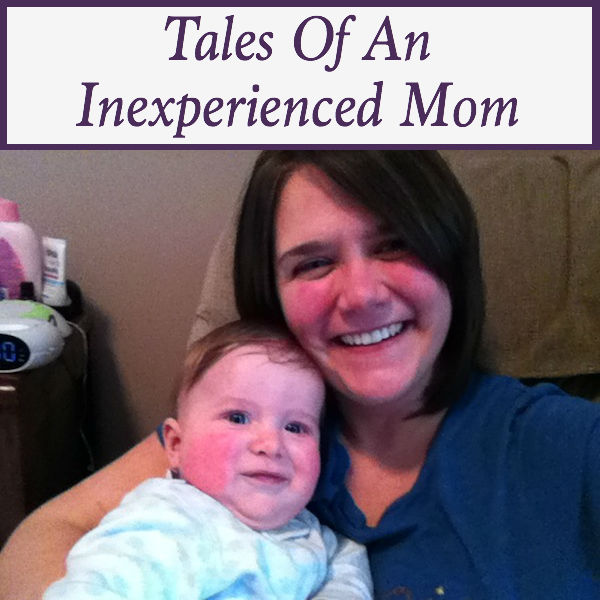 After five long months, the fog was finally beginning to lift, but not before I had another panic attack.

It wasn’t the first time I’d felt trapped, and probably won’t be the last. Since I had chosen to breastfeed, I couldn’t come and go like everyone else. Trent was still able to go on the same fishing trips that he always had, but I was stuck at home. I felt like I was chained to the recliner where I feed Dalton. Chalk it up as selfishness, but this was a super hard pill to swallow for someone that had been able to do whatever I wanted whenever I wanted. (Even if I weren’t breastfeeding it wouldn’t be good for me to be away from Dalton for long periods of time since he’s so young, but my brain wasn’t thinking clearly.)

Thankfully this time when I had the panic attack I wasn’t holding Dalton. I was also thankful that, once again, Trent was there to help me through it. 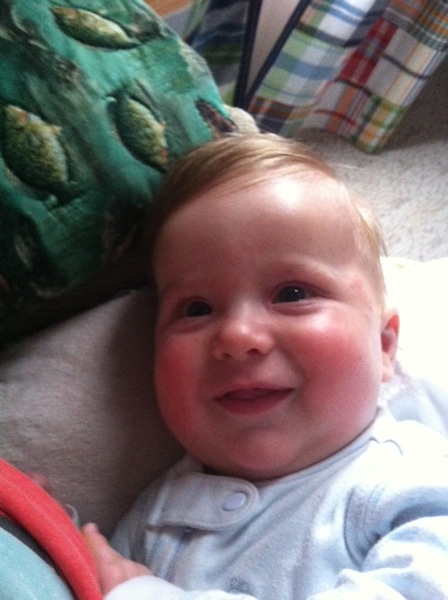 After that panic attack things seemed to change. Maybe my hormones were regulating. Maybe it was because Dalton had more personality. Or, maybe it was just the Lord helping me work through this motherhood gig. It’s probably a combination of the three, but the biggest one is the latter!

There was no doubt about it, Dalton’s little smile started to melt my heart. Spending time together became so much easier (even enjoyable at times). Now that he was bigger we could play and laugh together. This adorable little boy had stolen my heart and there was no question in my mind that we were going to be buddies! 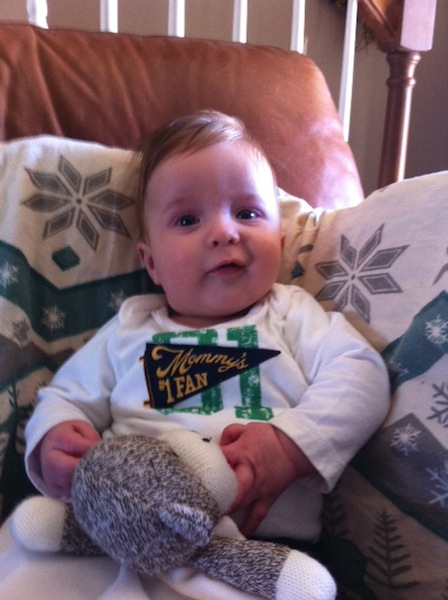 Looking back at the past year, it seemed like such a blur. Whenever I said momma anything it still sounded weird. My guess is that it will for a while. But, like everything else on this new journey, I’m just going to keep trudging on, holding the Lord’s hand (Isaiah 41:13), and being the best mom I can be. Time is all I need…and it seems like there’s plenty of that to spare.