Disclosure: The words in this series are candid, raw and very personal. I share to let you know that you’re not alone on this journey of motherhood! (One thing I’ve learned through this thing called life is that my story is valuable and through my sharing the Lord may be able to help someone else.)

Just like any other child, Dalton quickly became a mover and a shaker who was all over the place. He went from crawling to walking and climbing the stairs. With the moving and shaking came the need for us to do more disciplining because he was into everything. “No” quickly became a word I said more times than I could count each and every day.

There were days when I felt like it would be a lot easier to just give up and let him have his way (please tell me that all moms feel this way) but I knew I needed to rough it out and continue the hard work of disciplining. (I’d be lying if I didn’t admit that there were a few times when I acted like I didn’t see him doing something he wasn’t supposed to just so I wouldn’t have to discipline him. Hey, you’ve gotta do what you’ve gotta do to keep your sanity, right?)

My sweet family had told me that consistently disciplining when he’s little will make it a lot easier when he’s older. So I kept this in mind when I wanted to bang my head against the wall as he disobeyed time and time again. (And, yes, I literally mean that head banging part. HA!)

I had been used to working with teenagers for years. Teenagers might not want to obey but they generally do. (Or at least in my case they did!) Toddlers are a whole ‘nother breed and it was beyond frustrating when Dalton kept disobeying even when he knew better. I could tell him no and spank his hand and he’d be right back into whatever he was in in the first place. It was as if he wasn’t even listening to me. 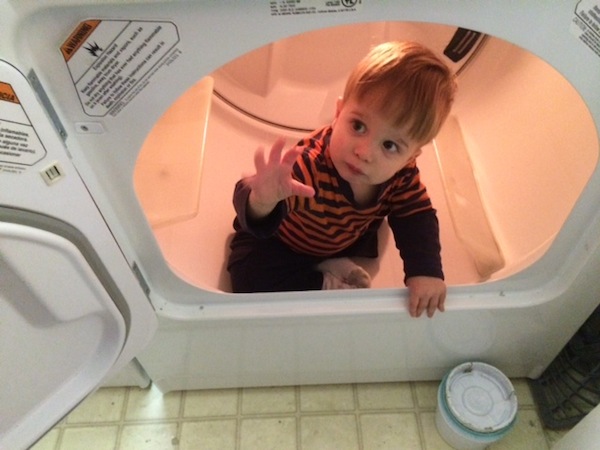 As time went on and I consistently disciplined him it got a little bit easier and he obeyed more. (Thank you Lord!) When he chose to obey I would try to always praise him in the hopes that it would get easier on both of us. (I feel the need to add that Dalton’s behavior wasn’t different than any other toddler. His disobedience was quite normal and he was just learning how to obey.)

Because the disciplining took so much out of this introverted mom, there were times when I just needed to get away. I needed to be by myself so that I could recharge my batteries.

I was forever grateful that Trent was at home to help in the evenings and on his days off but as much as I wanted for us to have quality family time I knew I needed some time away. I tried not to feel guilty when I left the two of them for a mommy break. (They didn’t miss me one bit because they were having their own bonding time. But we don’t think of it that way when we’re feeling guilty do we?)

Along with daddy and Dalton time, I also scheduled time for Dalton to hang out with trusted friends and family. These much needed breaks were exactly what I needed and I was so refreshed and renewed when I came back.

There were times when I wouldn’t get away until I was past my breaking point. I would blow up because I couldn’t handle it anymore. Friends, it was not pretty! I learned that I needed to consistently get away so that I could be the best mom (and wife) possible. 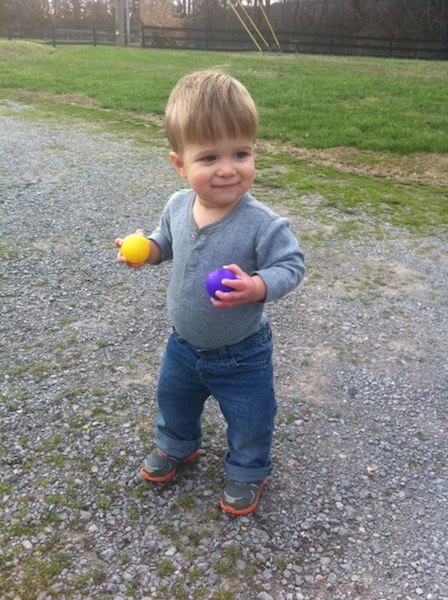 Even though there were days when the reality that I was a mom still shocked me (yes, can you believe it after all this time) my new role in life seemed to get easier over time. This precious little boy had my heart and I so enjoyed being able to play and laugh with him.

I continued to cling to my motherhood verse (Isaiah 41:13) and was so thankful that the Lord was always right there with me on every step of this journey.

Click here to read more from the Tales Of An Inexperienced Mom series.