“Jesus loves me this I know, for the Bible tells me so…”

I slowly began to cry as I sang the words of the familiar children’s song. (I began singing to Dalton while I rocked him for his naps and bedtime when he was six weeks old.) If Jesus loved me so much, why had He called me to such a monumental task?

I felt so inadequate as a mom and had no doubt that there were dozens of other women that could do a better job of raising this innocent little boy. I had purposed to do the best job I could as a mother but this poor little guy was “stuck” with me and I couldn’t help but feel sorry for him. 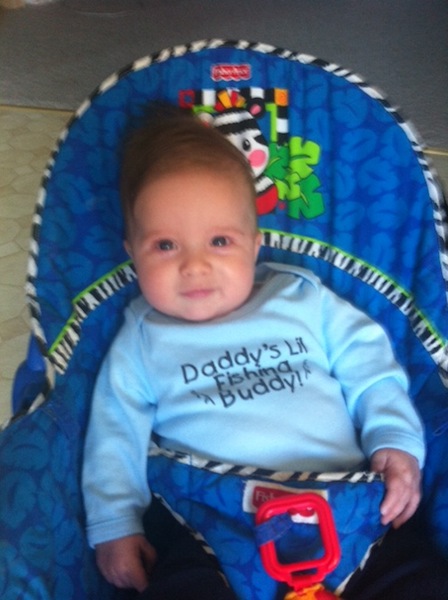 Survival mode is what I had been in since the day he was born. Well, really since the day I found out I was pregnant with him. I wondered if it would ever go away and become normal, everyday life.

The truth is, I was still in shock. Yes, I know it sounds weird. Even I thought that the shock would wear off when he was born, but it hadn’t. So I walked through each day as best as I could, doing the best job I knew how.

This whole situation was so foreign to me…maybe one day it would feel normal!

The Joys of Breastfeeding

The thought of breastfeeding wasn’t exciting. And if I’m being completely honest, it was a task that I wasn’t looking forward to at all.

I’d heard of the words engorgement, cracks and thrush (yeast) but had honestly never thought about them until…

The day we left the hospital we learned that Dalton and I both had thrush.

Thankfully Dalton’s cleared up very quickly. But mine, not so much. 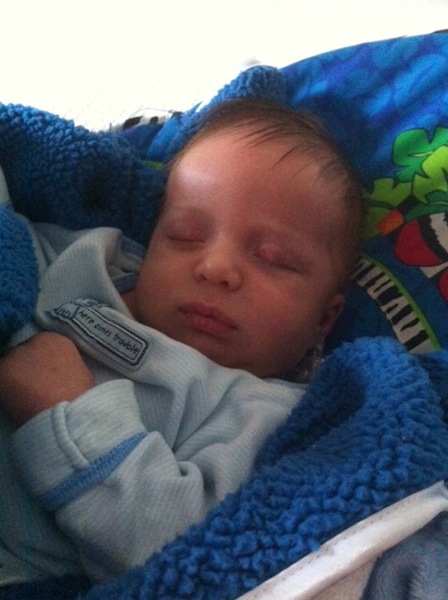 I can’t explain just you how excruciating the pain from the thrush was but I’ll go as far to say that it was worse than childbirth! I wouldn’t wish it on my worst enemy!

The pain was deep in my boobs and it would vary from sharp shooting or throbbing to itching…often all at once! It was a constant pain that wouldn’t go away and there were times when I wanted to cut off my boobs and start over. ;o)

When I nursed it felt like knives jabbing me. It made me want to curl my toes and scream out in pain but I knew I couldn’t because I was, well, feeding an infant and that would no doubt startle him. I had to endure the pain during his entire feeding (30-40 minutes). I began to resent feeding but I had purposed to breastfeed so I continued on.

I had tried everything from topical ointments to over the counter medicines but nothing worked. After dealing with the pain and agony for a month I reached out to a friend that’s a lactation consultant. She was so kind and offered to come “take a look.”

Upon inspection, along with the thrush that I knew I had, there was also a large crack in one of my nipples. She encouraged me to pump on the side with the crack and feed on the other side for three days so that the crack could heal. That did the trick and I was beyond ecstatic that the toe curling pain that made me want to scream while he was feeding was now gone! (Who knew one crack could cause so much pain!)

I still had the thrush pain (knife jabbing, sharp shooting, throbbing and itching) to deal with…but I was so thankful that, once again, the Lord had put someone in my path to help me!

My lactation friend recommended that I try a natural remedy to get rid of the thrush (my OB also recommended it when I went for my six week check-up). Little did I know that it would take a couple months before the pain would subside!

Thankfully I learned a ton of breastfeeding tips and tricks from the nursing staff at the hospital. Without their tips the situation would have been a million times worse. God knew I needed their help…He always knows just what we need! 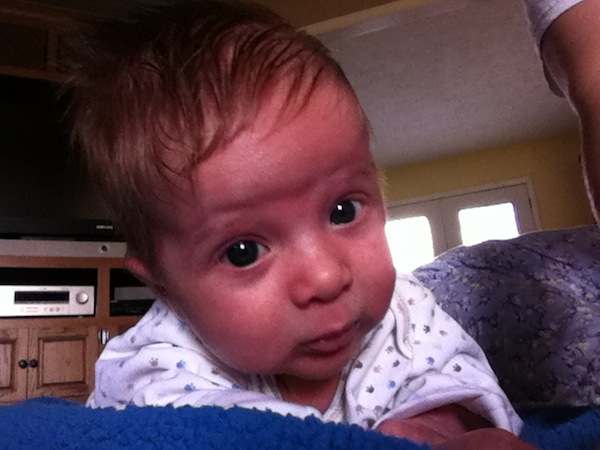 A Way To Escape

When Dalton would take his naps I would immerse myself in my writing or blog projects…it was my escape from the craziness that had become my life. One day when he cried I was quickly brought back to reality and reminded that I had a child. (This actually happened more than once.)

As I was working on a project at my sister’s house I heard a noise and wondered what it was and then realized that it was Dalton waking from his nap in the other room. I even asked what that noise was before I realized. Needless to say my nephew looked at me like I had two heads. (Trust me, I would have done the same!)

FacebookTwitterRedditPinterestEmail
A Peek Into Our Week | Ice, Brownies, and moreHeavenly Banana Pie