This is one of my favorite soups (probably because it’s so easy to make).  You can see the steam from the pan in many of the pictures; maybe it’ll make you feel like you’re cooking along. 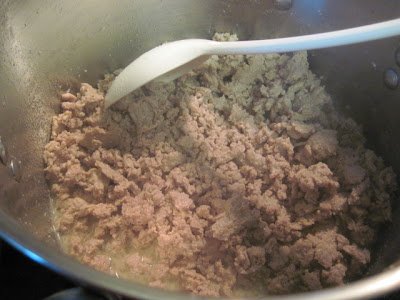 Brown one pound of ground meat (I used turkey). 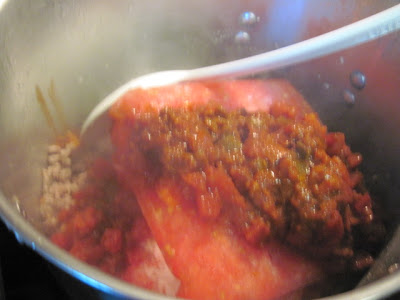 Add two cans of diced tomatoes (I used some that I had previously frozen) and a can of Rotel. 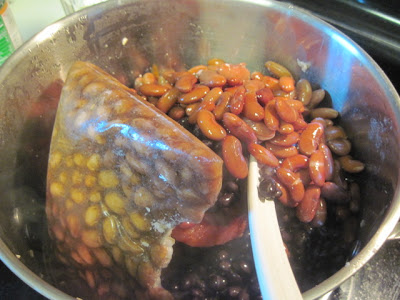 Add two cans of kidney beans, one can of pinto beans (I used some that I had previously frozen) and one can of black beans. 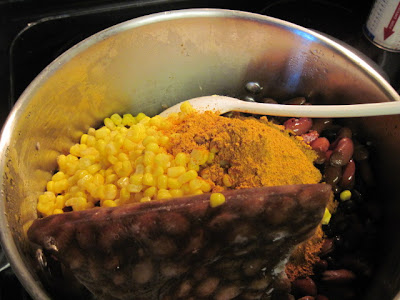 Add one can of corn and a packet of taco seasoning. 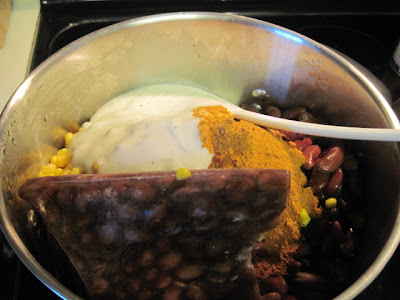 The recipe called for a packet of ranch dressing mix but I didn’t have it so I used regular ranch dressing.
Mix everything together and bring to a boil. 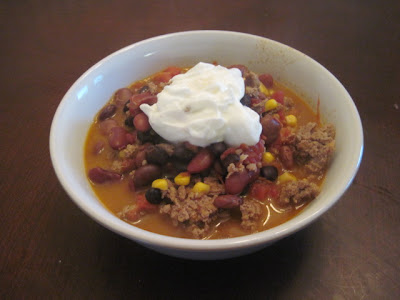 *Note – If you’re using frozen items, I would recommend mixing all of the non-frozen items together then adding the frozen.  It will be a lot easier to stir.