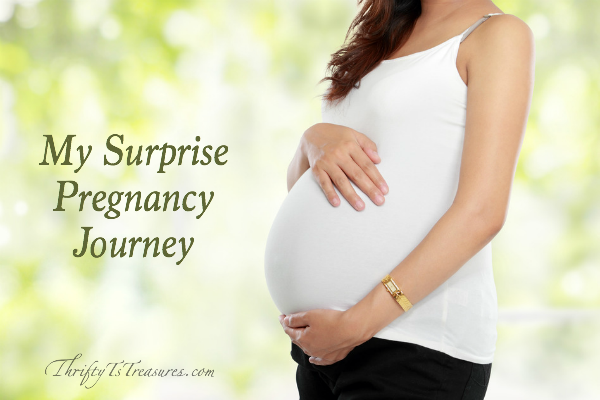 I sat in my gynecologist’s office stunned. I had just been told the news that I was pregnant and I slowly began to cry. How could I be pregnant? We had used the same Portia contraceptive for the past seven years and hadn’t changed a thing. How could this be?

I called Trent to share the shocking news. He ever so sweetly told me, “We’ll get through this.” But this wasn’t a situation to “get through” – this was the rest of our lives.

Why We Don’t Have Children

I’ve talked about a lot of things here at Thrifty T’s Treasures, but I don’t think I’ve ever shared why Trent and I don’t have children. It’s not because we don’t like children, because we do. If you’ve been hanging around here for any length of time you’ve seen posts about nieces/nephews and even our little neighbor boy.

The truth is, I’ve never really had the desire to physically have children. I don’t know what it is, but it’s just never been there. People would always tell me, “Oh, you’ll change your mind,” but I never did. In my late teen years I started having female problems and I learned that I had endemetriosis. After that, I realized that I may not even be able to have children. I was okay with that and figured that the Lord didn’t give me the desire for a baby because I wouldn’t be able to have them.

Even though I never had the desire to physically have children, and knew that I might not be able to, I truly believed that if God wanted me to have a child He would make it happen despite any efforts to prevent anything on our part. Well, apparently He wanted us to have this little gift because of where we are today.

The first few weeks after I learned that I was pregnant were very difficult. I became extremely depressed and kicked and screamed at God because this wasn’t part of my plan for my life. (I feel guilty for even sharing this because I know of many families that would do anything for a precious little baby.) It didn’t help that I couldn’t sleep through the night. Add being tired to depression and you don’t have a good mix – at all!

Even though I was confused at why God chose this plan, I continued to run to Him every day for a fresh word. I knew running to Him was the only way I was going to make it through this journey. Day after day He came through! I had just started a new devotional, Dear Jesus and it was if He was speaking right to my heart through the words that Sarah Young had written. There were days when I knew that the words I read in my devotion were exactly what I needed and straight from Him.

Check out My Surprise Pregnancy Journey to read the rest of this series!