A Peek Into Our Week | Walks In The Woods, Failed Recipes, and more

It’s been a few weeks since I’ve shared a peek into our week post. We’ve just been living life and there hasn’t really been much to share!

One thing I’m learning during this journey of motherhood is that there are hard days that try my patience but equally good days with sweet cuddles and lots of smiles. Have you found this too? 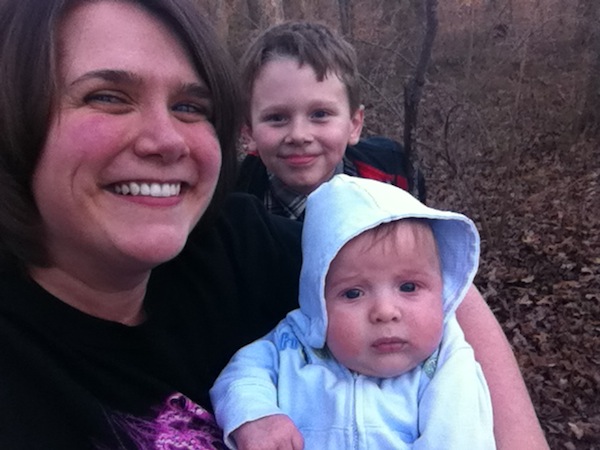 Now that it’s staying lighter longer, our little neighbor boy, Jayden, has been coming over a bit more.

There is a small wooded area on our side yard and one of the things he likes to do is to explore the area (take a walk in the woods). It’s been quite a while since we’ve done this so this week I asked him if he wanted to take a walk. He jumped at the chance! As we were headed on our walk he made sure to tell me to be careful (I was carrying Dalton). Even though he probably wouldn’t admit it, I think he was being a bit protective of Dalton’s safety – too sweet!

He also talked me into throwing the football with him (Dalton enjoyed watching from his chair and I was amazed at how long he sat there) and has been showing me the tricks that he learned on the BMX bike he got for Christmas! 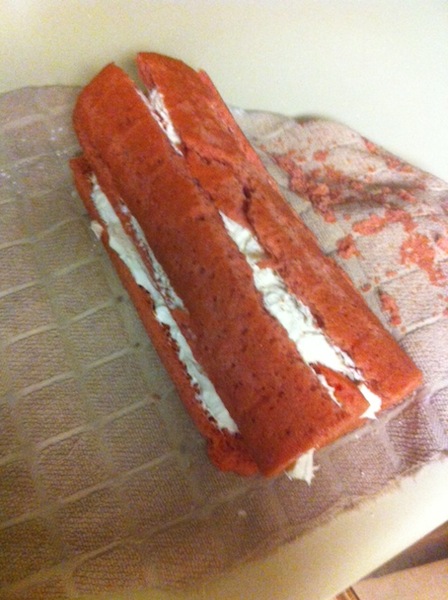 Remember the Pumpkin Roll that I recently made? Well, it was so popular around Thanksgiving that I had the grandiose idea to make another roll for Valentine’s Day – a strawberry roll.

After scouring the internet and not being able to find exactly what I wanted, I decided to create my own recipe. After all, how hard could it be?

On my first two attempts I adapted my grandma’s roll using real strawberries. When I didn’t have any success with them I tried to adapt a box mix. Five rolls later and with no success, I’m sad to report that I’ve put down the whisk and jelly roll pan for now.

I was so excited at the thought of creating my very own recipe, so I’d be lying if I didn’t admit that I feel like a bit of a failure. In lieu of the Valentine’s strawberry roll, I’ll be sharing another yummy recipe with you on Tuesday! (I can’t take credit for the recipe but I promise it’s yummy!)

Can you believe this little guy turned three months old earlier this month? The saying “they grow like a weed” is no joke! Not only is he wearing 6-9 month clothes but he’s also up to a size 2 diaper. He’s a long little guy and is growing like crazy. An outfit that he wore the week before is too “short” the next week.

Dalton’s personality is beginning to come out. He’s no longer a lethargic infant but a busy little baby who talks (coos) and plays with his toys. 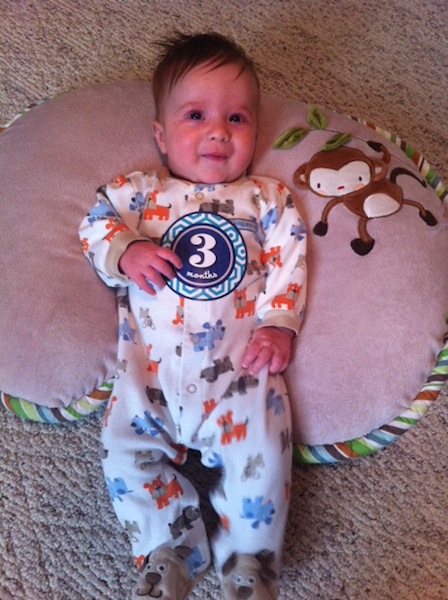 What have you been up to the past few weeks?

FacebookTwitterRedditPinterestEmail
Tales Of An Inexperienced MomStop Wishing The Time Away