A Peek Into Our Week | Ice, Brownies, and more 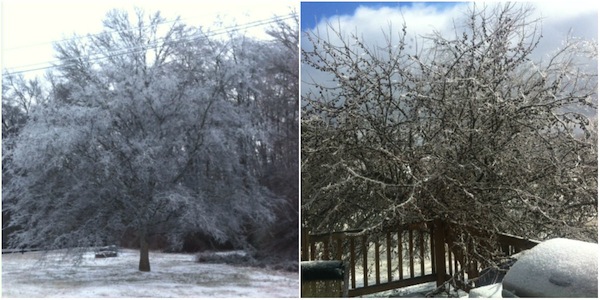 Our week consisted of freezing rain, frigid weather and ice (like a lot of the country). Last Saturday they predicted that we were going to get 2-5 inches of snow. By Sunday they changed the prediction and we ended up getting freezing rain. Ugh!!!

I was so saddened that we didn’t get the snow. As you can imagine, the roads were a hot mess and they asked people to stay home if at all possible. (Tennessee doesn’t usually have weather like this so we don’t have the manpower to clear the roads quickly.) The positive thing about the weather was that Trent was off work for two days!

We did end up getting snow and it was fun to watch it fall! (The snow has a bit of nostalgia for me. I remember sledding down the big hill across the street from our house when I was a kid. It also reminds me of my dad. If the roads were bad he would drive us to work!) 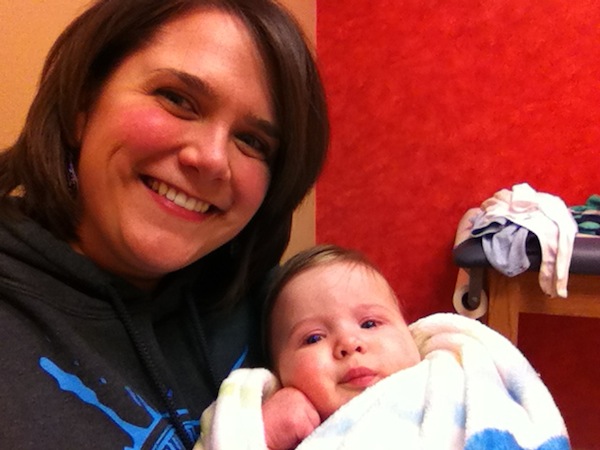 By the end of the week the roads were pretty clear and I was thankful because Dalton had a well baby visit.

Other than my cooking session, there hasn’t been too much going on here. We’ve just been trying to keep warm!

How We Saved This Week 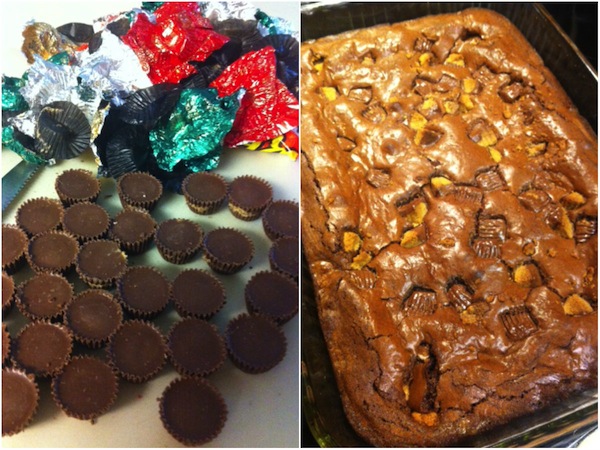 After I’d already gone to the grocery store for the week I learned that Trent needed to take a dessert to a get-together he was attending. I didn’t want to go to the store again so, being the thrifty girl I am, I decided to make some brownies (best recipe ever) because I knew I had the ingredients for them. But then I remembered that I had a bag of Reese’s Peanut Butter Cups that I had bought when they were on sale after Christmas. I chopped them up and added them to the brownies. They definitely made a plain pan of brownies look more decadent don’t you think?

It may be a small way that we saved but, like I always say, ever little bit helps! 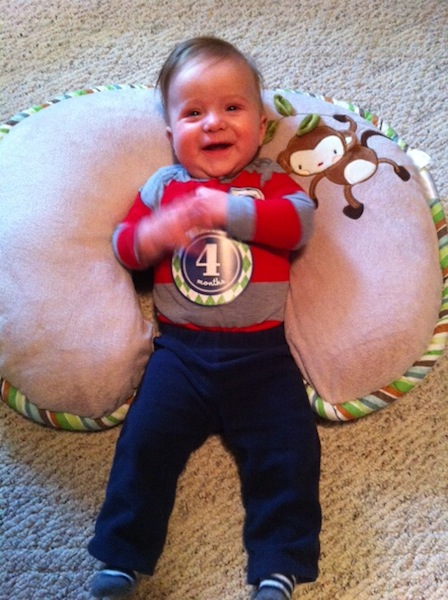 This week Dalton started rolling from his back to his belly. He hasn’t quite mastered rolling back over onto his back. We’ve been practicing though and I’m hoping that he’ll figure it out soon! He’s gotten stuck on his belly in his crib a couple times this week and last night he woke up crying at 3:30 a.m.! I hear it’s par for the course. :O) 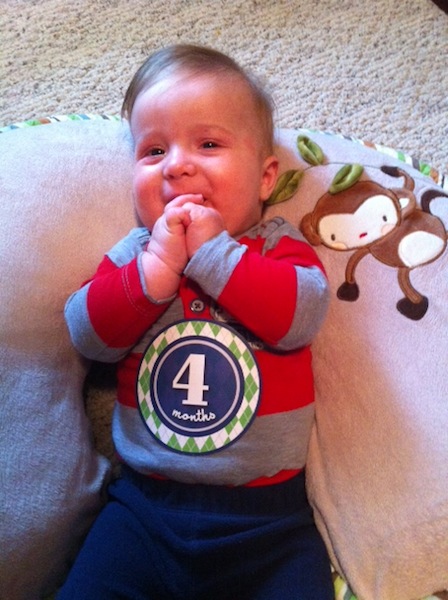 This picture best describes four month old Dalton. He constantly has his hands up by his mouth. 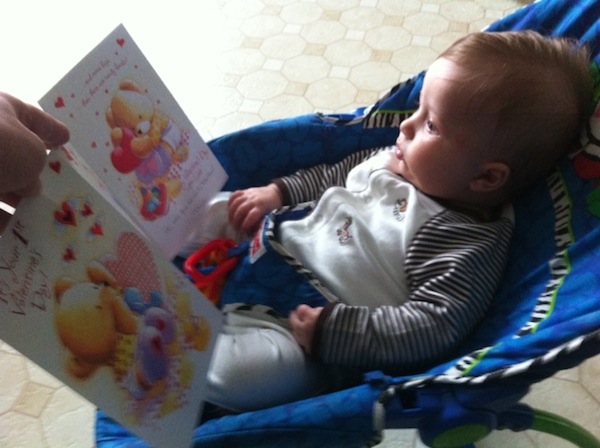 Dalton likes it when I read books to him. Surprisingly he’ll sit and let me read 3-4 books to him at a time. This week he enjoyed looking at the Valentine’s Day card that his Nana gave to him!

Well, that’s what we’ve been up to this week.

How was your week? Did you get any of the crazy ice or snow that’s been floating around?

FacebookTwitterRedditPinterestEmail
Bacon and Cheese QuicheTales Of An Inexperienced Mom