A Peek Into Our Week | Family Time, Baby Registry, and more 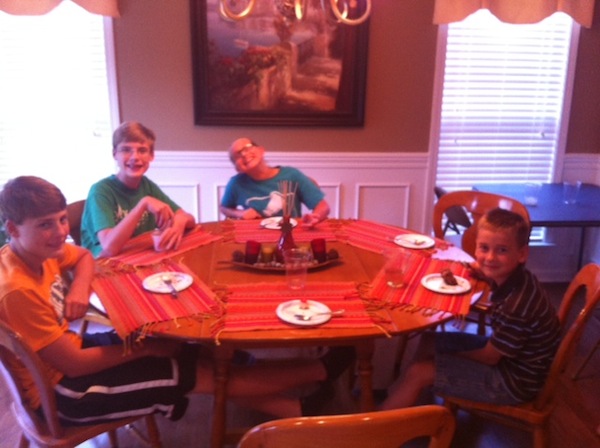 One of my nephews was camera shy and opted not to be in the above photo, which is just fine by me. (My family knows that at any given point their pictures could land up here on my blog. Of course, they also know to tell me if they don’t want their pictures shared.) 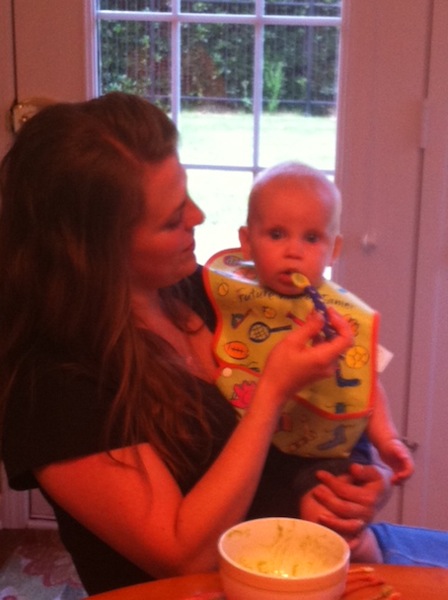 And here’s baby Luke! Pretty soon he’ll be joining the big kids at the table. What a cutie! 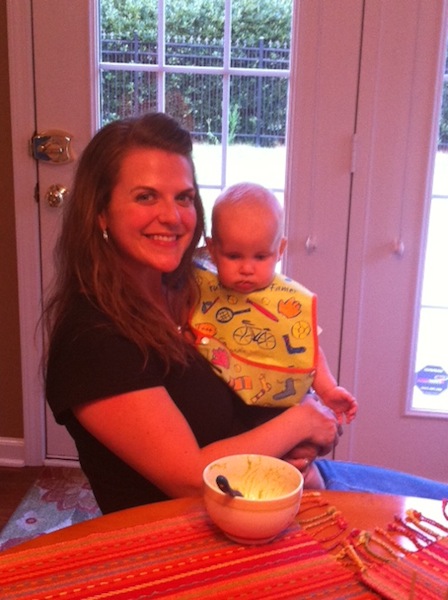 I don’t think Luke wanted to stop eating long enough to take a pic with his beautiful momma! 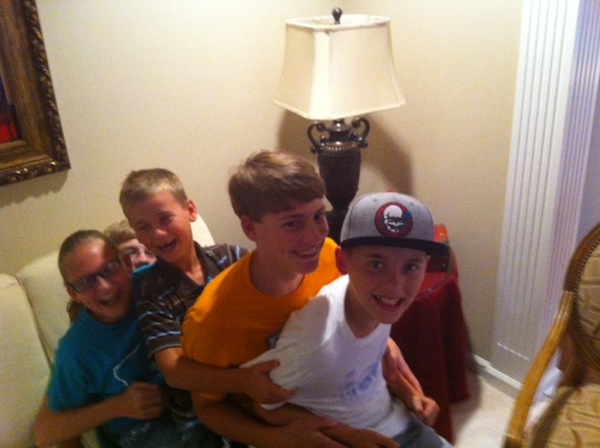 And family time wouldn’t be fun without a bit of bonding with the cousins. Poor Joel was smooshed on the bottom, and I’m happy to report that he survived! 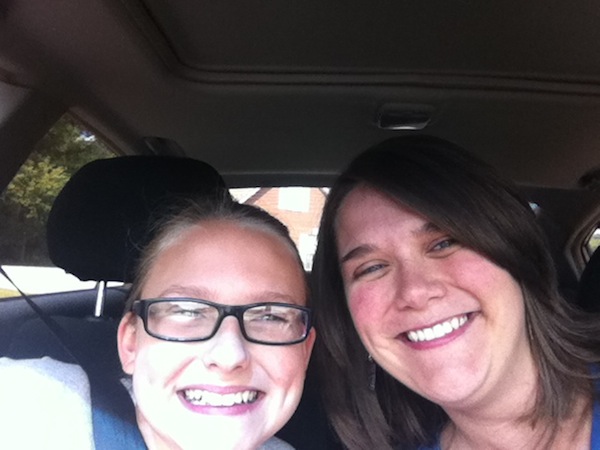 Before Charity and family headed out of town, the girls and I made our way to Target to register for some baby goodies. 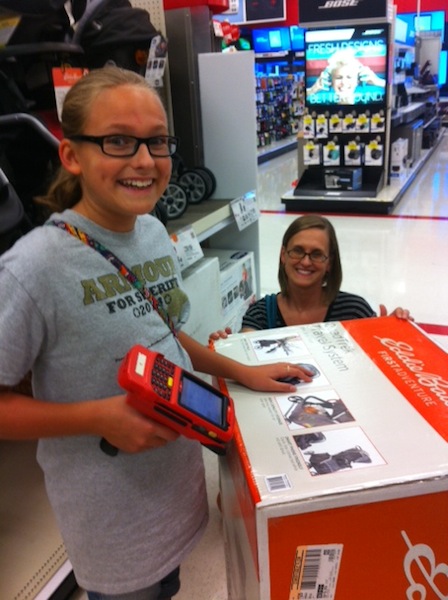 Elizabeth wanted to be my sharp shooter so I handed the registry gun over to her. (What kid wouldn’t want to have that task?) 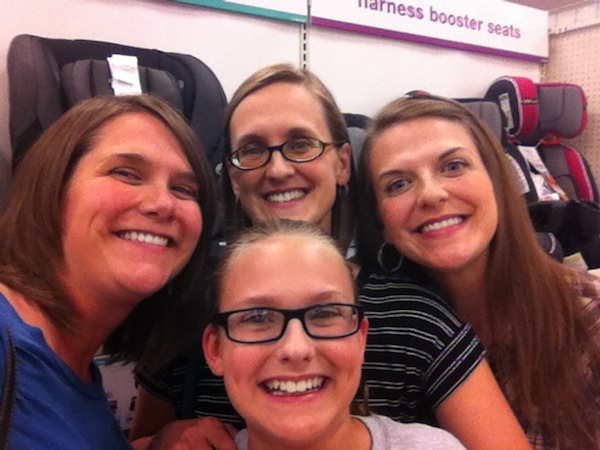 There are so many options to choose from and this task would have been daunting had my sisters not been there. Each and every time I had a question these veteran moms would jump in and share their thoughts/wisdom.

Being the practical girl that I am, there were a few times that I couldn’t decide and asked if it really mattered. In the longrun, most of it didn’t, but it was a lot to take in for someone who never thought they’d be doing this.

I’m so blessed that these girls were able to come along to help me register, and I’m so thankful that this task is complete!

Sometimes you just have to take some time out of your week to stop and get together with friends, and that’s exactly what I did this week.

A few years ago I was in a Bible study with a fabulous group of women. The study was on the book Every Woman’s Marriage (fabulous book), but if I’m being honest, I really went to the group because of the leaders. I had known the group leaders but as we studied the word together I grew to admire, respect and really know them even more. Between the three of them, they had almost 100 years of marriage experience and they openly shared their marriage wisdom with us.

Needless to say, I was saddened when the group ended and the church programming changed a bit. I’ve kept in contact with a few of the women from the group (mostly the leaders) and occasionally see them at church (we have three services).

Earlier this week, we got together for breakfast. It’s so refreshing to have people in your life that you can be your true self with (warts and all).

If you aren’t taking the time to refresh and renew yourself around other women, you’re definitely missing out! 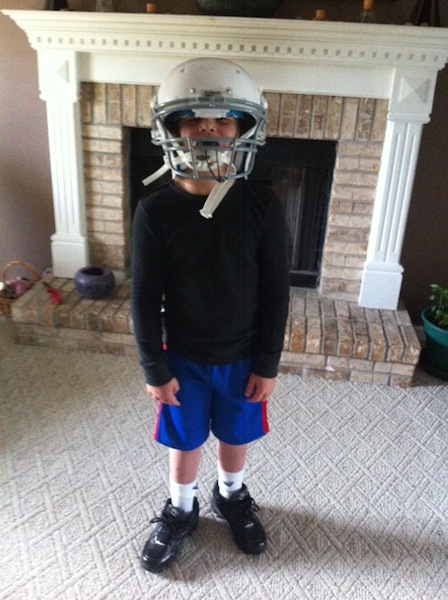 Well, we have a new football player on our street. A few weeks ago Jayden told me that he had registered to play football. (I was so excited for him because he’s been talking about playing football since we first met him last year.)

When I asked him if he was playing touch or tackle he said, “You don’t want to know.” Ha! He then went on to tell me that he’s playing tackle and might get hurt. Of course I told him that if he gets hurt then he’ll just have to get better.

When I answered the door earlier this week, this is how I found him. Needless to say he was a bit excited.

It’ll be fun to watch this little guy play. I’ll have to share a picture when he’s in his full uniform. 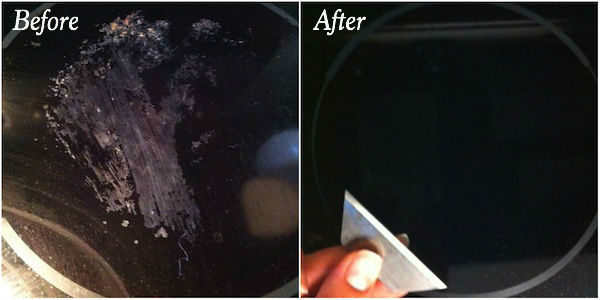 Last week I asked for your help on Facebook. A microfiber towel had melted onto my cooktop. I’d tried several different things but none of them were removing the spot.

You guys shared some great tips, but the majority said just to use a razor to remove the spot. Well, I’m happy to report that it worked like a charm. Shh…don’t tell Trent but I don’t think he’ll be getting his razor back. :O) I think I should keep this little guy around for any tough spots that I might run into in the future!

Thanks for your help – this spot was driving me crazy and making me feel like a bad housekeeper.

Well, that’s a peek into our week. What have you been up to this week? (Please share in the comments below.)