A Peek Into Our Week | Craigslist Mayhem, Our Garden Bounty, and more

For the most part, it’s been a quiet week around our house (and I’m just fine with that). Our neighbor, Jayden, has come over to hang out quite a few times. (Apparently his grandparents didn’t want him coming over as much since I’m preggo. I assured them it was just fine.) 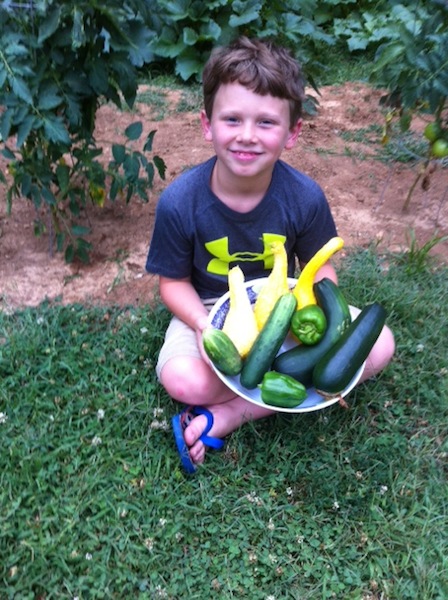 The three of us had fun picking a few veggies from the garden. We’ve had squash and zucchini for a few weeks, but these were our first peppers and cucumber! Wouldn’t you agree that there’s just something yummy about garden fresh veggies?!? 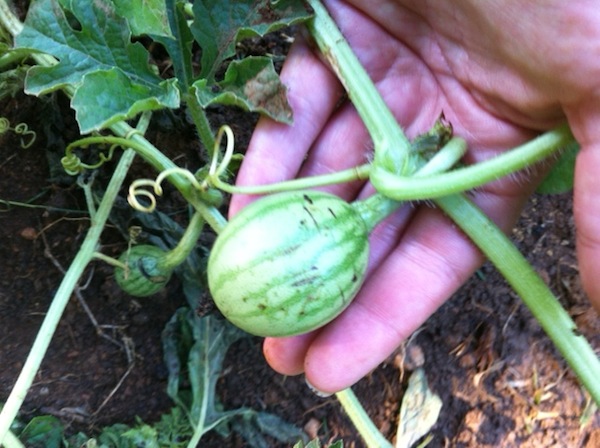 Trent decided that he wanted to plant watermelon this year. To my knowledge, my dad didn’t plant watermelon in our garden, so this was a first for me. Needless to say, we were pumped to find these baby watermelon on the vine!

Quite A Little Helper 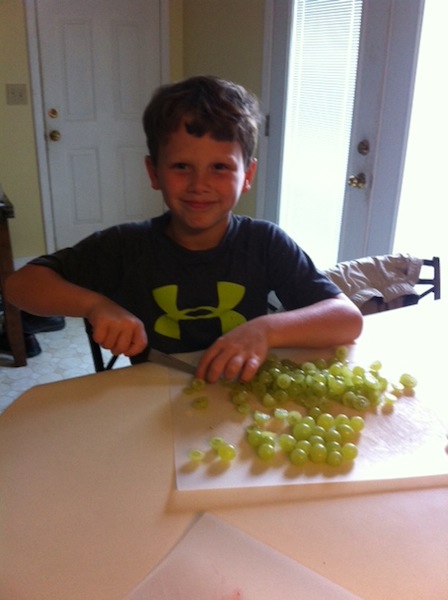 There was a knock on the door one afternoon as I was working on some household chores. Jayden popped in and asked what I was doing. When I told him I was doing chores he asked if there was anything he could help with.

I happily put him to work chopping grapes for the fruit salad that I was working on. This was his first time cutting up fruit and using a serrated edge knife. He was so cute to watch and kept asking, “How am I doing?” He also decided to make a game out of his task and we both had to guess to see how many grapes he had chopped. Sadly, I lost. :O) 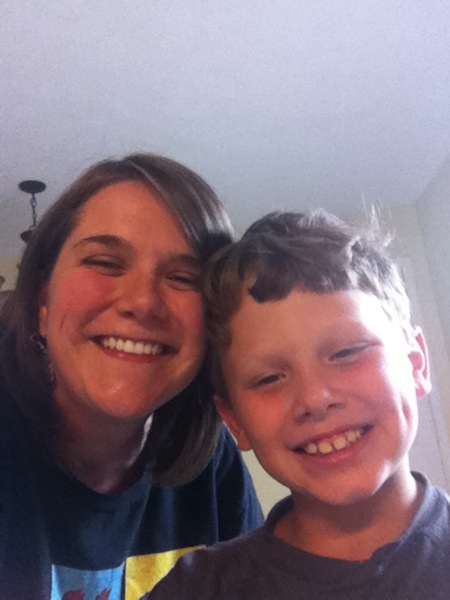 I’ve had pretty good luck with purchasing items on Craigslist over the past few months. (Remember the dresser/changing table and filing cabinet that I found?)

On Monday I found another item I’ve been looking for. It was close to Trent’s work so I asked if he’d mind picking it up for me. He sweetly agreed and we set a time for him to meet the seller. When Trent went to pick up our item, no one was home. We called and emailed the seller with no luck. So, Trent headed home empty handed.

The next morning I received an email from the seller stating that he had gotten stuck at work. He offered to meet that night. (Being the thrifty girl that I am I tried to talk him down $5 because of the issues the night before. He told me that he had another person interested and that he had to stick with his original price.)

About 30 minutes before Trent was supposed to pick up the item (the second time) I received an email from the seller stating that he was stuck at work and wouldn’t be home before 6:15. Trent, being the precious man that he is, said he didn’t mind staying at work a bit longer because he had some work to he could finish up.

Around 6:25 I get a text from Trent saying that he’s at the seller’s house and, once again, no one’s home. He said he’d wait for a little bit. 10 minutes later he calls. He had pulled his car out of the driveway and onto the road (so the seller could get into his driveway). Someone pulled out of the driveway (he thinks it was the seller) and Trent tried to wave him down but he kept driving and never acknowledged him. Let’s just say that he was quite frustrated at the seller. (Who wouldn’t have been?)

I never received any further contact from the seller, but I did email to let him know that he could let the next person in line have them item. Needless to say, I felt bad that Trent went to all of that trouble!

This is the first time we’ve ever had anything like this happen with a Craigslist purchase. It was so odd!!! Have you ever had any issues purchasing/selling items on Craigslist? 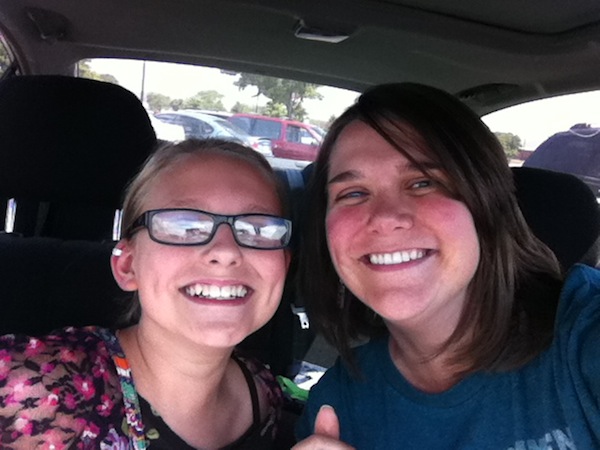 My precious niece, Elizabeth, turned 12 this week! She’s growing into a such a beautiful young lady!

She opted to go shopping to spend her birthday cash. (I started the tradition of taking the kids that live close shopping for their birthdays a few years ago and we’ve been doing it ever since.)

I love that she’s a thrifty girl too! She always looks for coupons and sales, and this shopping trip was no exception. One of our stops was to Bath and Body Works. She had heard that their full size sprays were on sale for $6 (normally $14). We also found a 75% off table with shower gels for $3 (normally $12.50)!

We had a blast just hanging out with each other!

Well, that’s a peek into my week. What have you been up to this week?

FacebookTwitterRedditPinterestEmail
How To Save On Everyday Items At TargetMy Surprise Pregnancy Journey, Part 4