Our Misconception of Perfection 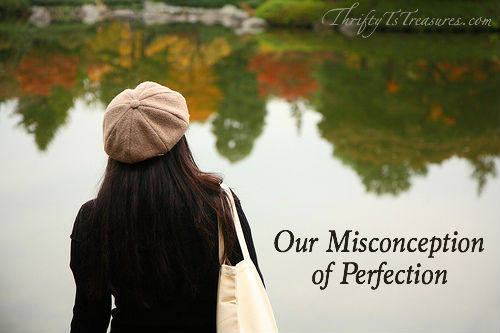 “If we’ll have perfect bodies in Heaven does that mean we’ll look like Victoria’s Secret models?” It was a question that came from my high school small group. At first I thought she asked the question as a joke, but when she didn’t grin or giggle, I realized she was serious.

Our society teaches us that we have to be perfect by looking a certain way, being a certain size, wearing just the right make-up, and the list goes on and on. We can’t drive down the road without seeing a billboard of the “perfect” woman, or watch TV without comparing ourselves to the way “she” looks (especially if our significant other is in the room).

The young lady in my small group was basically asking what perfection looks like. It’s a great question, and one I don’t have the answer to.

According to the world’s standards, or at least Dictionary.com, the word perfect means “entirely without any flaws, defects, or shortcomings.” That’s a lot to live up to ladies, and I’m not sure if I’m up for that kind of pressure! 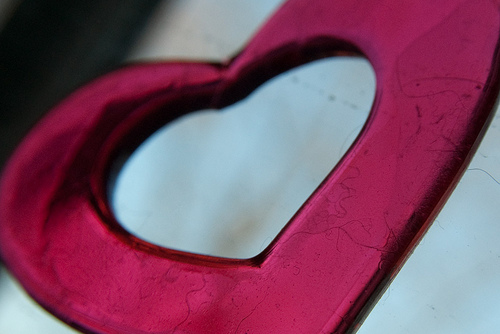 It’s A Matter of the Heart

In I Samuel 16, the Lord sends Samuel to the household of Jesse to anoint a new king. The Lord told Samuel He would indicate the one He had chosen.

When Jesse brings out his first son for Samuel to see, much like we do with external appearances, Samuel thought, “Surely the Lord’s anointed stands here before the Lord.” (Paraphrasing – This guy looks like the perfect king. He’s just the right height, has the perfect amount of muscles, and has a fabulous smile. The people will adore him.)

Jesse brings seven of his sons in front of Samuel, and the Lord rejects them all. So Samuel asks if there are any more. Jesse brings in his youngest son, who was taking care of the sheep. When Samuel saw him the Lord said, “Rise and anoint him; this is the one.”

I love how the Lord chose the one who the rest of the world would have never expected. The one who wasn’t “perfect” in appearance.

You can choose to worry about the world’s high-pressure standards of perfection, or you can choose to accept what the Lord thinks about you. After all, He is the one that created you (Psalm 139:14).

What’s your choice going to be?