Is Your Marriage A Team Sport? 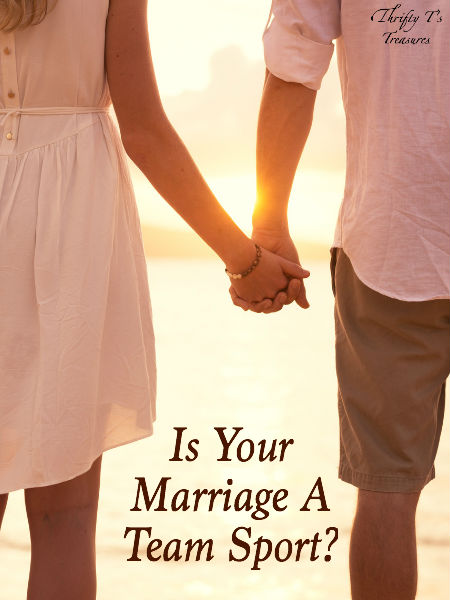 A few nights ago I shared with Trent that I was overwhelmed. There were a ton of things on my to-do list – some were things I wanted to get done but a few were things that needed to get done. He listened and tried to offer his help. As we kept talking I finally told him that he didn’t need to worry about it because it was my problem, not his. (Yes, I was having a small pity party, and I even told him that!) Then he said the sweetest thing. “It is my problem because we’re a team.”

He was spot on because we are a team. When we got married we committed ourselves to each other and we’re in this together for the long haul.

His comment made my wheels start turning as I compared a marriage to team sports like football, soccer or a gazillion other sports. Much like a marriage, if a team isn’t unified it just won’t work.

Is your marriage a team sport?

Here are three things we can learn from team sports that will help us have an awesome marriage!

I can’t help but think of the Olympics and the swimmers in a relay standing at the end of the pool cheering each other on in excitement to finish the race strong (and even slapping each other on the tushy when they’ve done a good job).  Why can’t our marriages be more like that? Why can’t we be the one on the sideline cheering our husband on instead of constantly tearing him down?

We’re quick to encourage our friends when they’re having a hard time, but do we really encourage our husband when he’s walking through a tough time?

When was the last time you told your husband he was great at something?

When was the last time you encouraged your spouse to keep trying in an area he doesn’t feel he’s good at?

When was the last time you thanked your husband for working so hard to provide for your family? (When I started doing this I was amazed at how much a simple thank you meant to Trent.)

There’s an entire world around us that tears us down. Instead of tearing our husband down, let’s make our marriage a safe place where he feels encouraged! 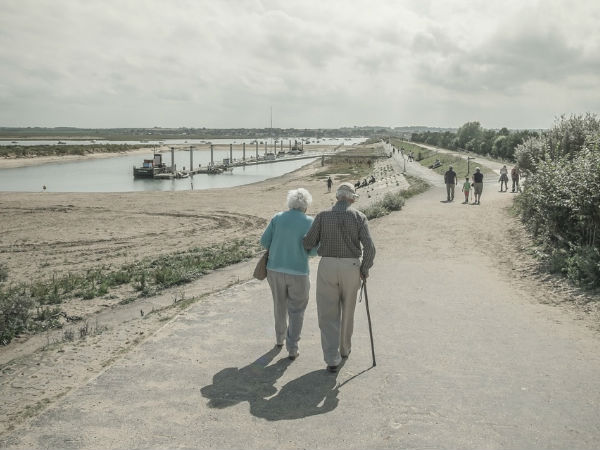 I’ve shared about communication in marriage before, and I’m going to keep sharing because I know how important it is.

But if it’s common sense, why don’t we do it? Well, it’s because we’ve built the idea in our head that marriage is supposed to be like the girly chick flicks that we love to watch. You know, the one where the husband completes the wife’s sentences and is able to read her mind. I hate to break it to you but that’s not real life!

We are all flawed human beings. We can’t read each others minds and we’re never going to be happy until we start communicating with each other. So grab your husband’s hands, look him deep in the eyes and start talking. It may be awkward and/or hard at first but it’ll be worth it. Just do it! (Sorry, I couldn’t help myself with the Nike slogan since we’re talking about sports!)

I’ve watched football since I was a little girl. Back then it was because my dad enjoyed it, but I’ve actually grown to enjoy it myself.

Through the years I’ve watched games where the crowd is cheering so loudly that the players on the field can’t hear the quarterback’s play. The defensive line will lock arms so they can work together and run the same way. Now that’s working together!

What would our marriages look like if we locked arms with our husband and decided to work together? Just imagine what kind of unstoppable couples this world could have! 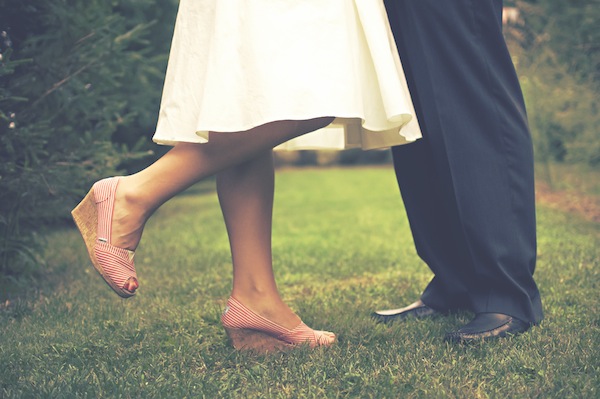 “It is my problem because we’re a team.” Later that night as I laid in bed I told Trent just how much that comment meant to me. That statement alone let me know that I wasn’t alone and that we were going to do this together, just like a team!

(Before you start thinking that Trent and I have this marriage thing figured out, I just need to set the record straight and let you know that we don’t. We have arguments, don’t agree, and get upset at each other. But the most important thing is that we work hard to make our marriage work. If not, we’d probably kill each other. HA!)

What other ways can we learn from team sports that will help us in our marriage?