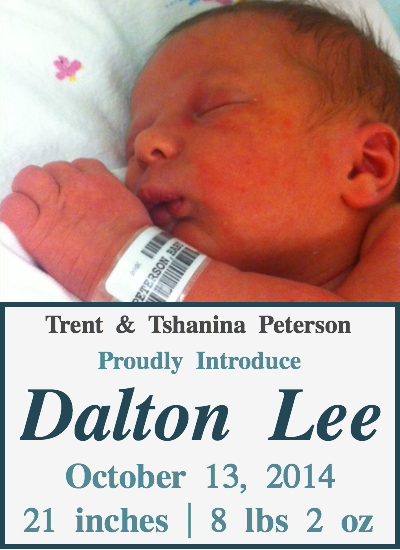 The Lord truly blessed us with an uneventful delivery. Once Dalton arrived he was having problems breathing and was quickly whisked away to the NICU. He was placed on a CPAP machine and monitored for fluid on his lungs and an infection.

On his second day in this big world his CPAP was removed and replaced with a cannula to help him breath (definitely a step in the right direction). We learned that he did, in fact, have an infection and he was quickly treated with antibiotics.

His cannula has since been removed and he’s still being treated for his infection with hopes of coming home soon!

Where Did We Get His Name?

I wish there was a fabulous story behind Dalton’s name but there’s not. With a name as unusual as mine, you can imagine how difficult it was for me to choose a name. My criteria was that his name couldn’t start with a T, couldn’t be shortened (for a nickname), and it had to be something that you could pronounce when you read it.

After looking through about three baby name books I came up with a list of around ten names. I showed them to Trent and we narrowed the list down even further and landed on two that we agreed on. 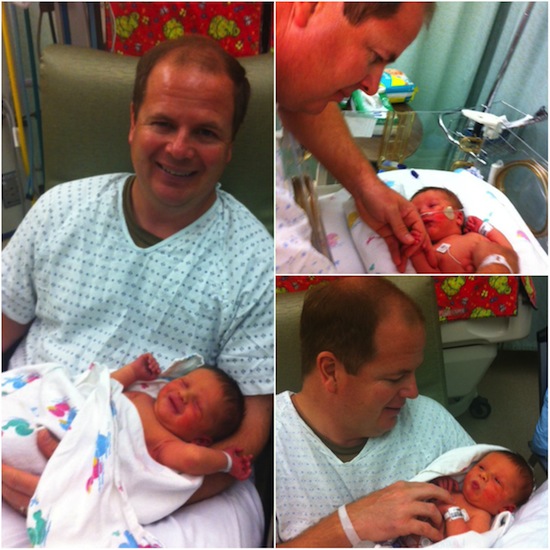 Trent’s already given him his first manicure (top right picture) and Dalton loves to cuddle with his daddy.

I’m so very blessed with my precious husband. He’s been such a huge support, encouragement and help not only through the entire pregnancy but afterwards as well! I’ve affectionately given him the name Nurse Kratchet because he’s “encouraging” me to drink my water allotment. I definitely need all of his reminders, but that’ll just be our little secret! 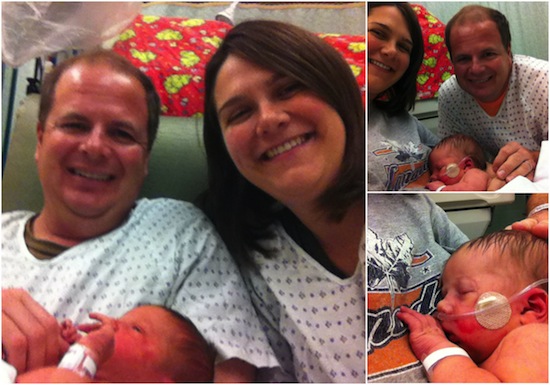 If you’ve been following along as I share updates about my surprise pregnancy journey, I shared that I’d probably be in shock until the baby came. Well, he’s here and I’m still in a bit of shock (and I’m okay with it). As odd as it may sound, being a mother is a strange feeling but I’m going to be the best mom I can be!

The Lord’s brought me this far in this journey and He’s not going to leave me now! I continue to cling to Isaiah 41:13, “For I am the Lord your God who takes hold of your right hand and says to you, Do not fear; I will help you.”

Whether you’ve prayed with us since the very of the beginning of this pregnancy or just started today, we are ever grateful for your prayers. We’ve definitely felt them during this time – so thank you!