Budgeting: How It All Began…

Let me start from the beginning.  I started working at an early age, not because I had to but because I wanted to.  I have three older sisters and they all worked so I was bored being at home without them.  Mom and dad agreed that it was ok for me to work so I did. 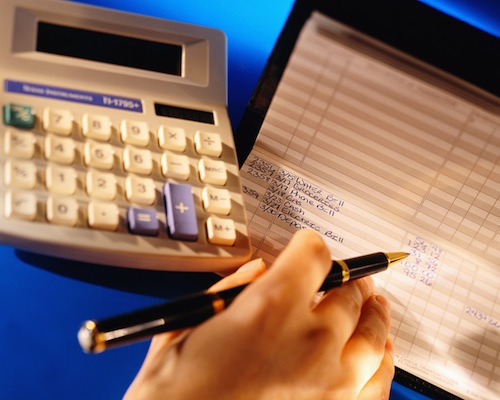 At the end of my first work year I received my W-2 and was blown away.  I had made hundreds of dollars and didn’t have anything to show for it.  So, I pondered what I could do if I began a budget.  I listened to Dave Ramsey and had heard of a budget so I got out some paper and began the process.  The rest is history and I’ve been on a budget since.

After high school I had plans of going to cosmetology school to become a nail technician.  I began to save every penny I had to make that happen.  My goal was to attend school and not have to work because the school I was attending was an hour commute and I knew I would have homework.  Luckily the course was only nine months (otherwise I’m not sure I could have saved that much).

God made my dream a reality and when it was time to start school I had saved enough to pay for it.  As I figured out how much I would need for gas and my half of the insurance (mom and dad paid the other half), I had a bit leftover.  I was so excited because I would be able to have extra spending money.  I divided it up between the timeframe I would be in school.  It came up to be $1 a day.  (Looking back now it makes me smile.)

I was very diligent while at school.  I would take my lunch every day and save my money to treat myself on Fridays.  The girls that I went to school with would tease me (in a fun way) because I stuck to my budget.  They often said that I would be a millionaire and they would all be poor.  Wouldn’t it be neat if their prediction of me being a millionaire came true some day?