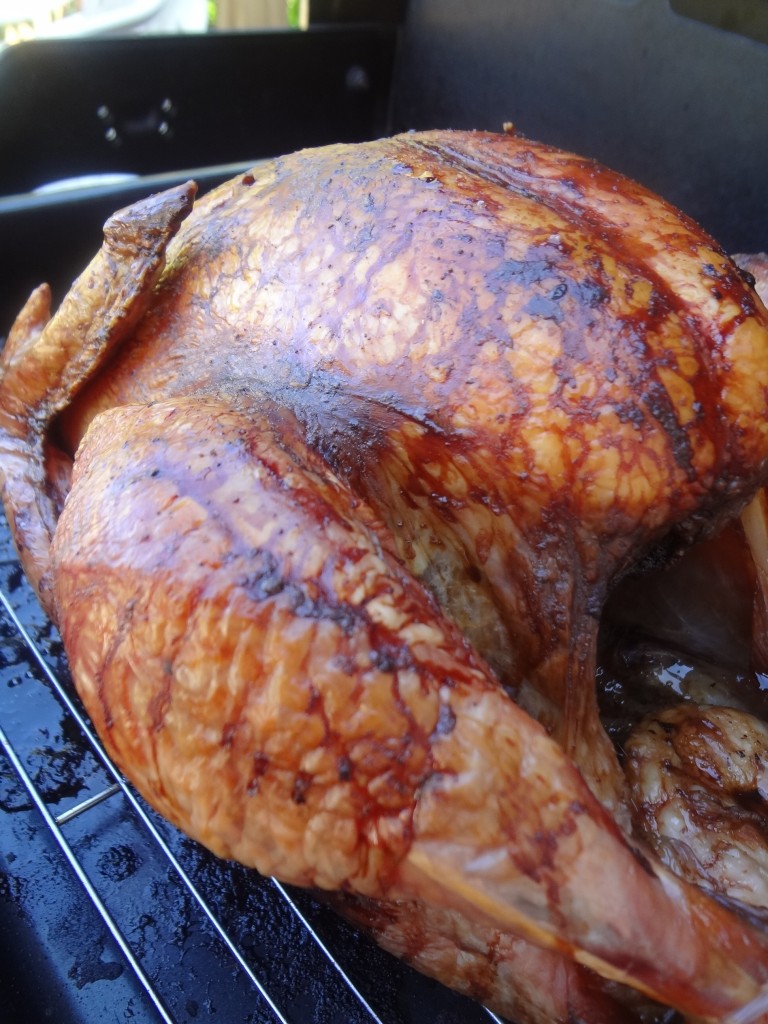 Last week my mother-in-law called to give us the details about Easter lunch and to let us know what she wanted us to bring either a smoked turkey breast from Honey Baked Ham or some brisket from Bar-B-Cutie. Of course, my first thought was how much that was going to cost. As I called the store for prices my suspicions were confirmed, at least $35.

I just couldn’t stomach the thought of forking over that cash, plus I knew I had a turkey in the freezer. So, I called my hubby and asked him what to do.  Not only did it seem like such a waste to spend all that money on meat, it’s over half of our weekly food budget. I was quite shocked when he said to cook the turkey we had!!! (Woot…we’re such rebels!) 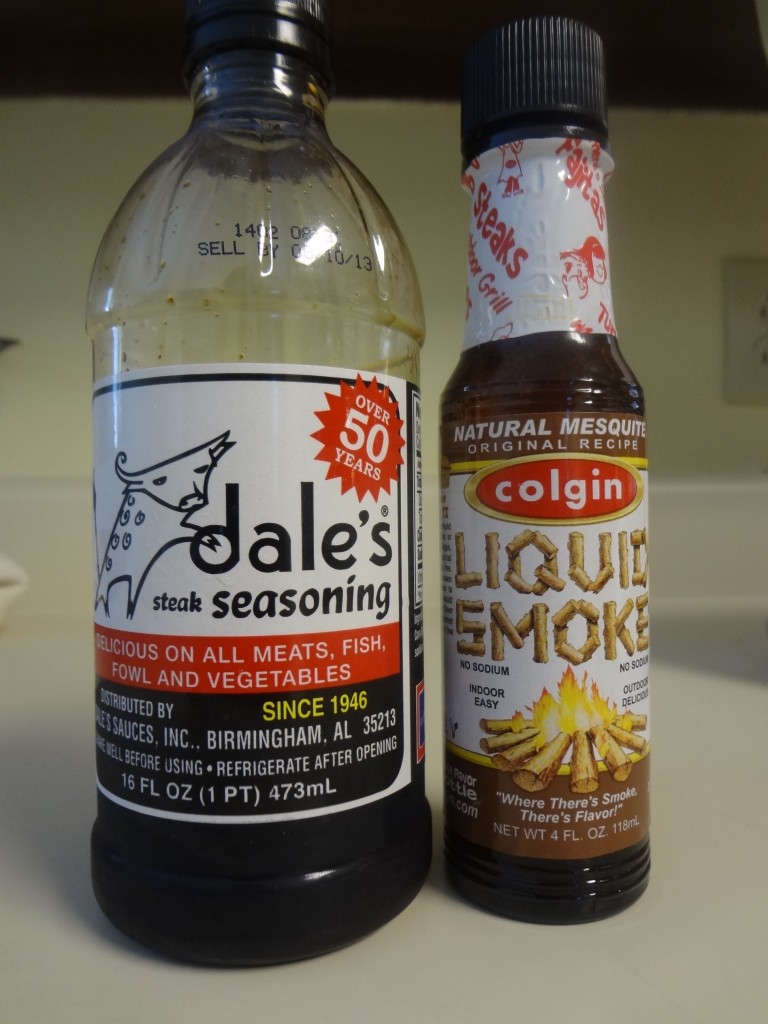 My sister is one of the best cooks I know so I quickly called her and we schemed up the best way to cook the turkey. The plan of attack was to cook the turkey on the grill so that we could try to emulate the Honey Baked turkey breast she had asked for! I marinaded it in Dale’s and Liquid Smoke for about 30 minutes before I started cooking it.

I had to put it in a pan on the grill so the drippings wouldn’t mess anything up. I cooked it on 350 for about 2 hours and doused it with the Dales and Liquid Smoke mixture every 30 minutes. I shouldn’t admit this but I didn’t have a meat thermometer so I used a candy thermometer! Yes, go ahead and laugh because I did! Once she hit 180 she was done! 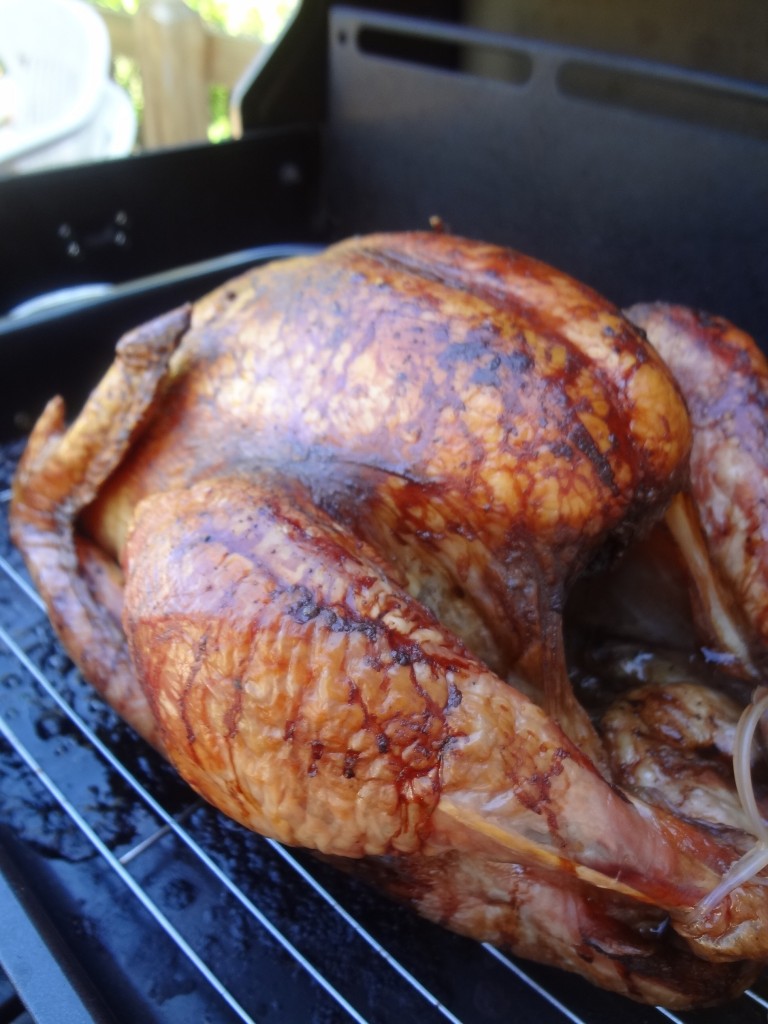 Since this was my first time cooking a turkey on the grill I wasn’t sure how it was going to taste. Let me just say that it was delicious and got rave reviews!

Being the thoughtful son that he is, Trent called to let her know that we were bringing something different. She was just fine with it!